Over the past few months we have really enjoyed using the SIC Okeanos 14″ x 28″. The Okeanos is SIC’s touring, fast cruising version of their full on race board the RS. Just like the RS the Okeanos is a smooth and easy board to paddle, but with its slightly wider tail and nose the Okeanos offers a greater amount of stability. Without a doubt this board is one of the easiest boards to paddle in a straight line because of its relatively parallel rails down the length of the board and the V shape under its nose.

Look out for this board in Will’s ‘Getting into touring’ video series and also in other SUPboarder Pro videos too.

We have a ‘First look’ at the NEW SIC Okeanos 14′ x 28″. Just as SIC say, it has the DNA from its tried and tested race winning all water race board the RS. But the SIC Okeanos is slightly wider throughout the board all the way back to the tail, which will offer paddlers a lot of stability for its size.

One of the most stable touring SUPs out there. The Okeanos is happy to carry a large amount of weight and is super easy to paddle. With its versatile fin set up it's a very adaptable touring, fast cruising board.

The storage bungee’s could be bigger and the V nose shape makes it easy to paddle on flat-water but means in choppy water a little more board trimming is necessary.

Buy if... you're looking for a flat-water touring board that is well finished and can take a good amount of weight. It will also be perfect for larger paddlers wanting to get into racing/fast cruising. 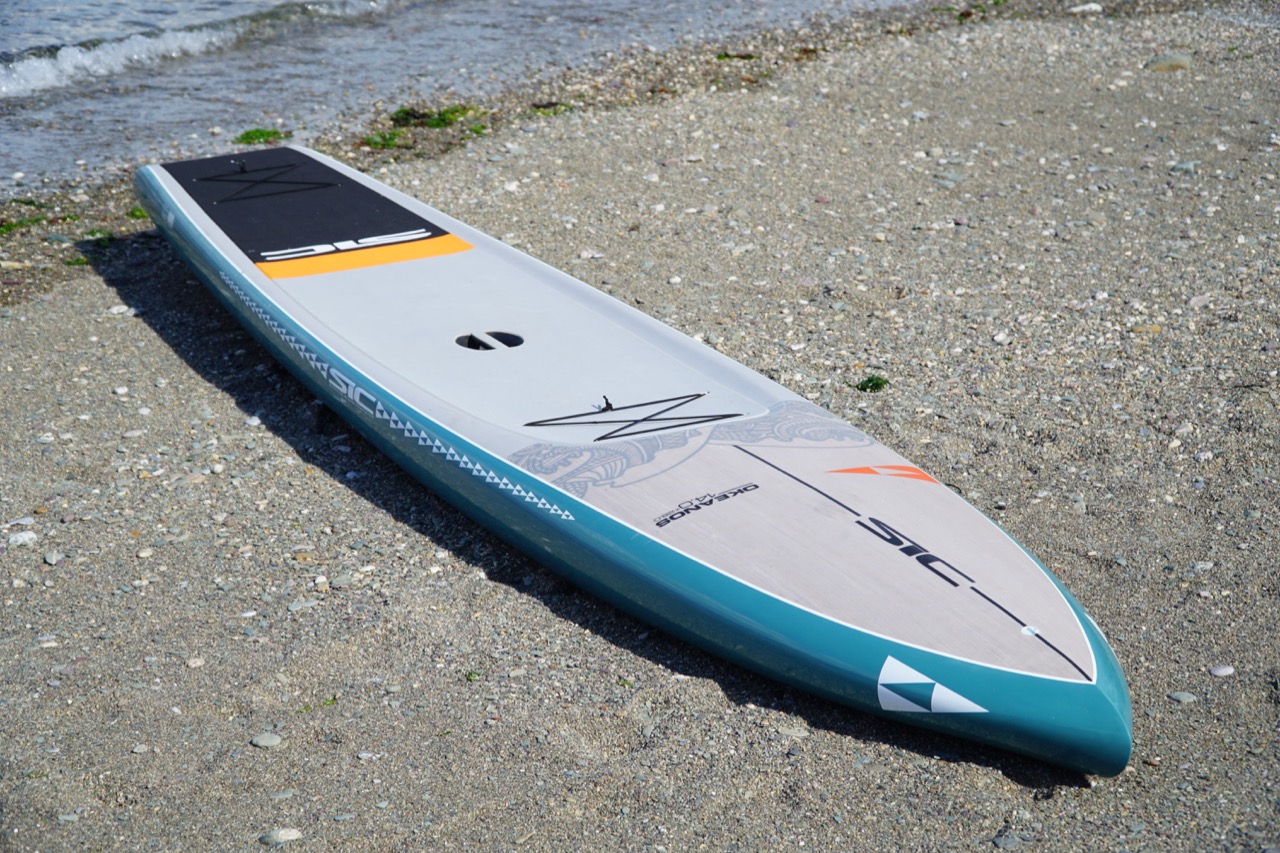 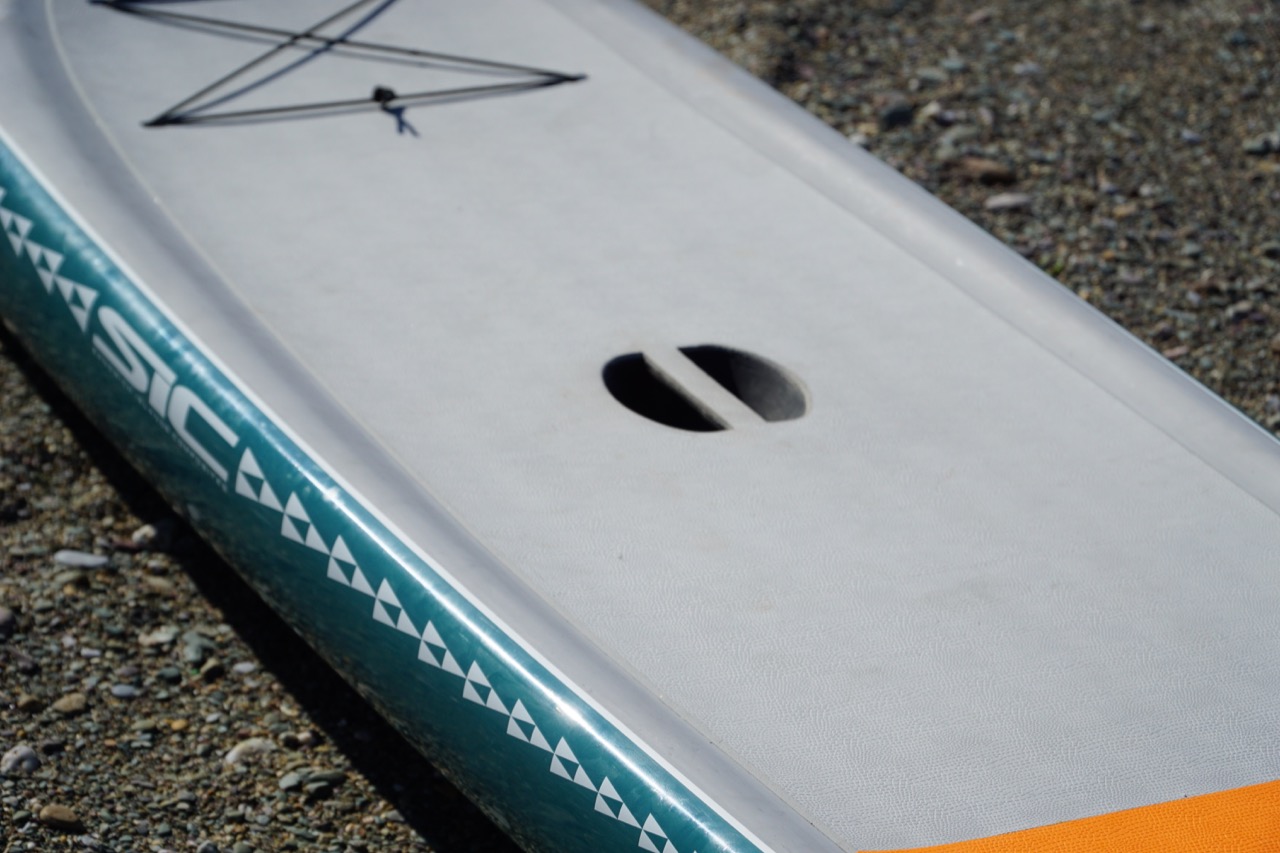 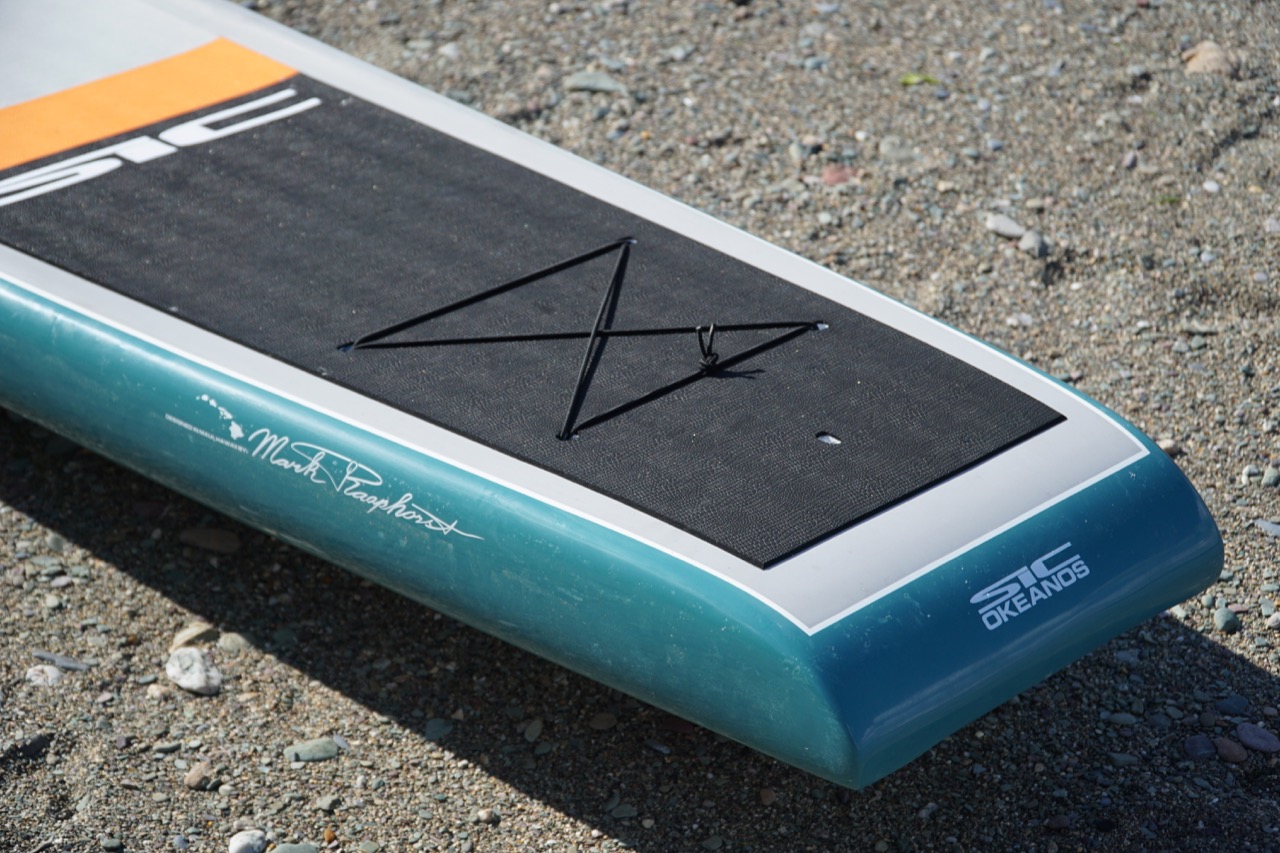 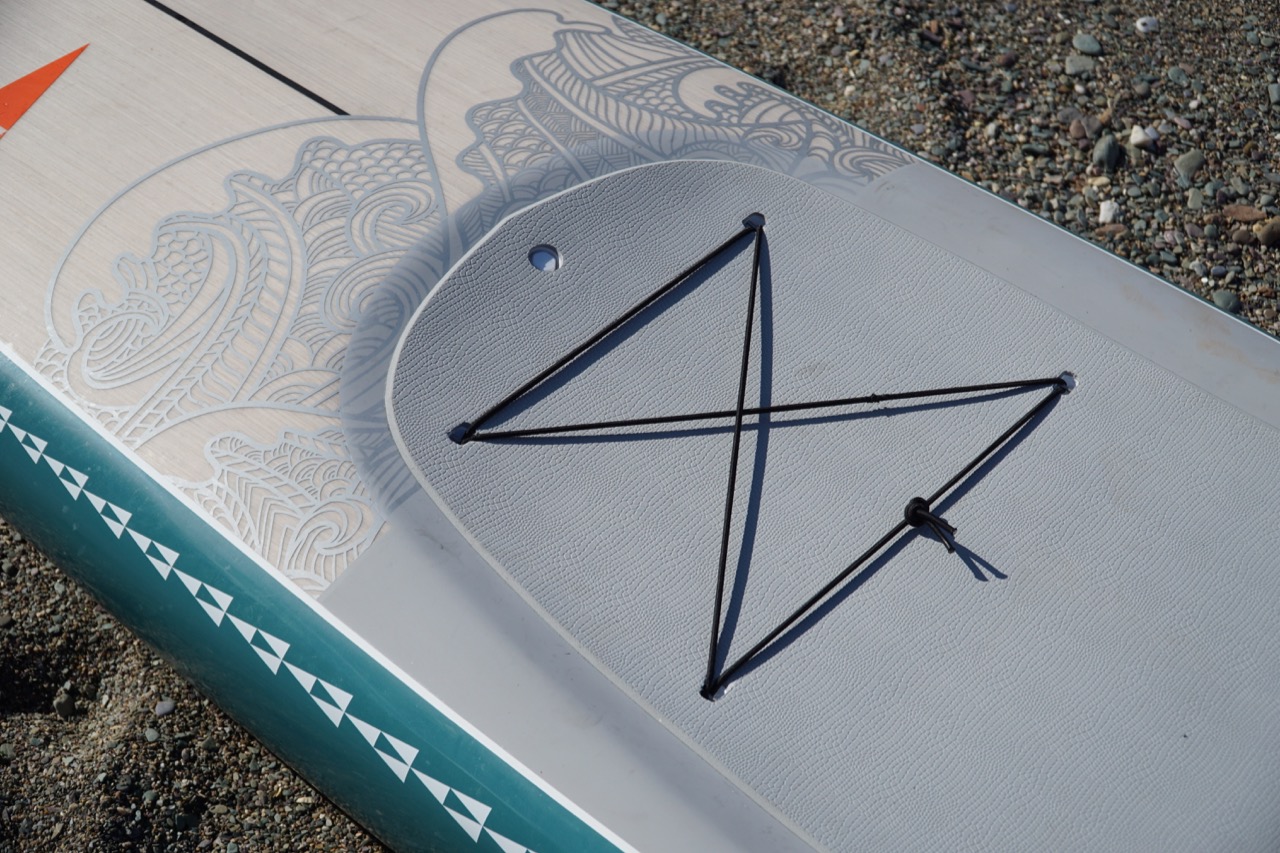 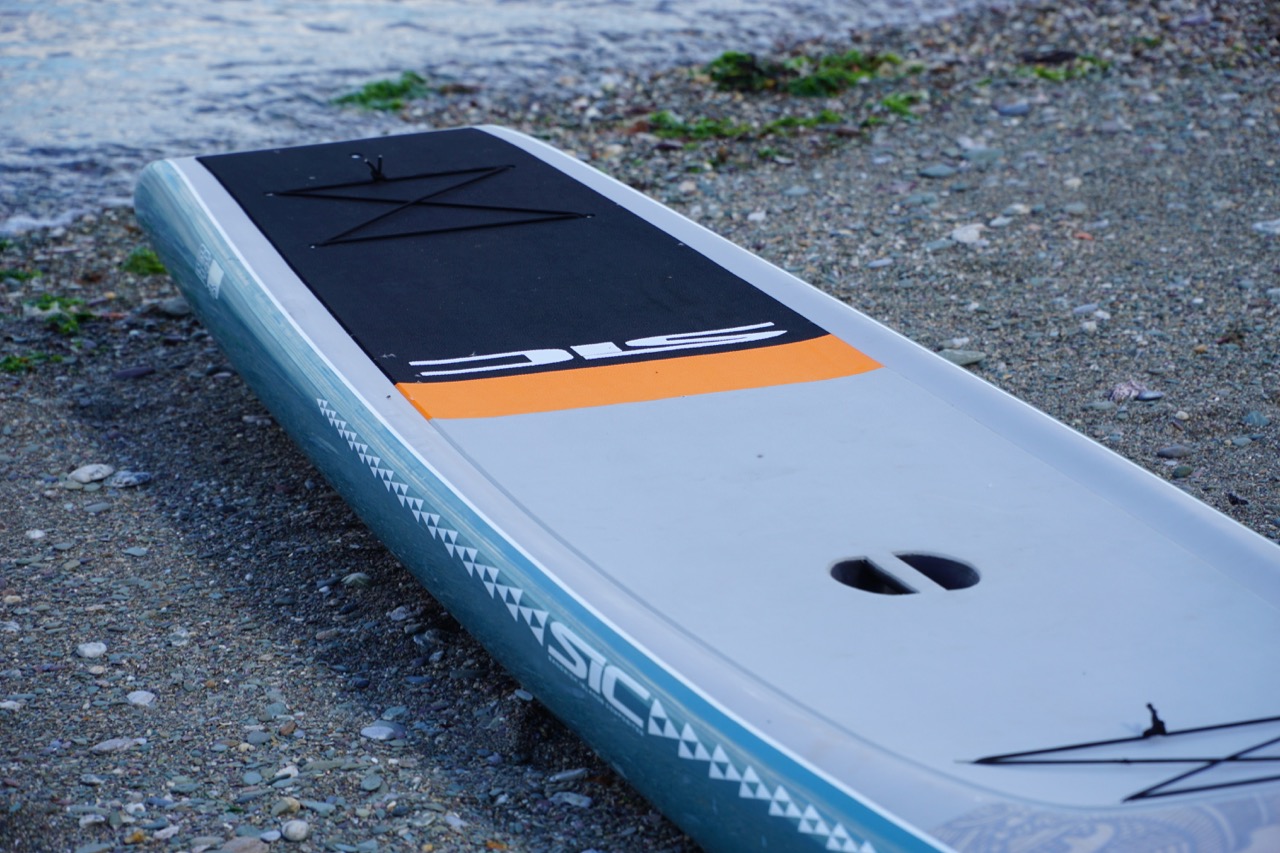 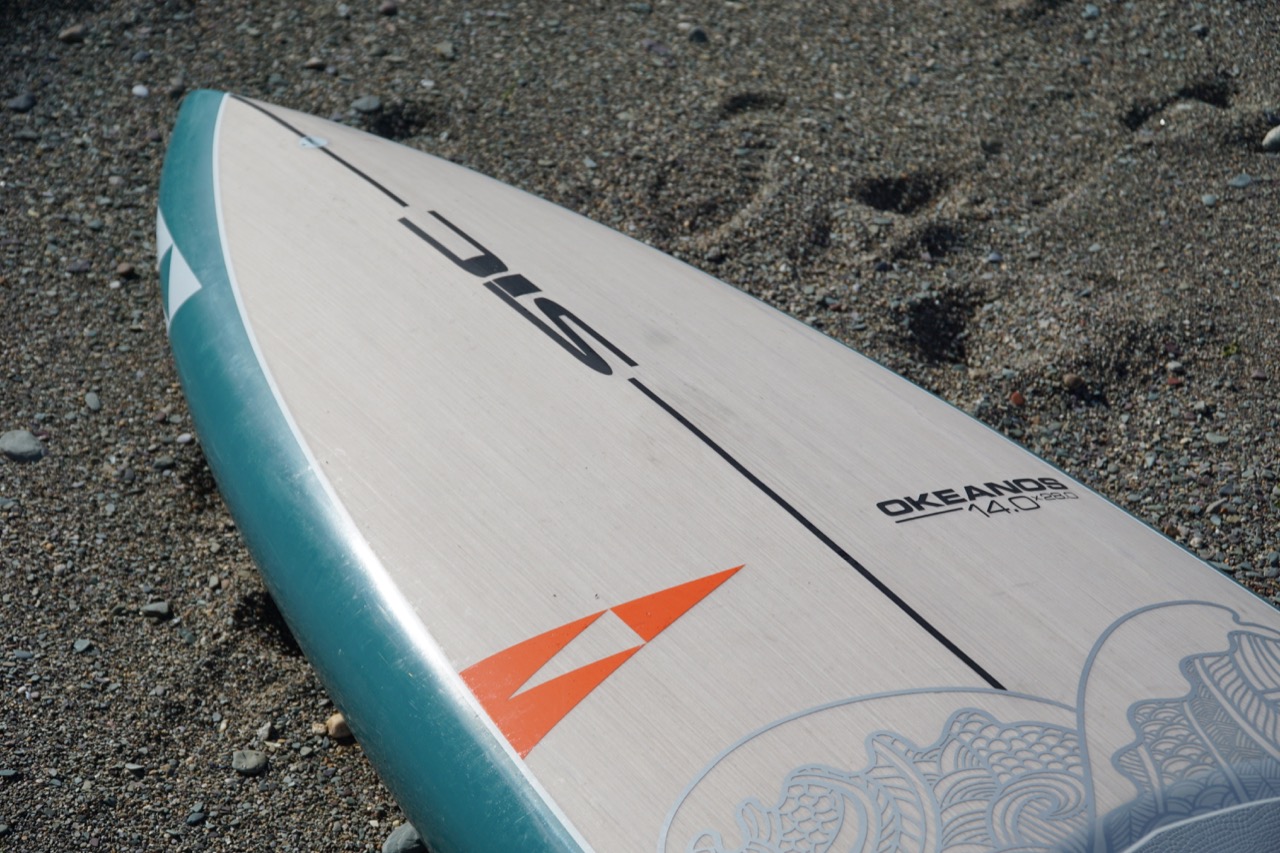 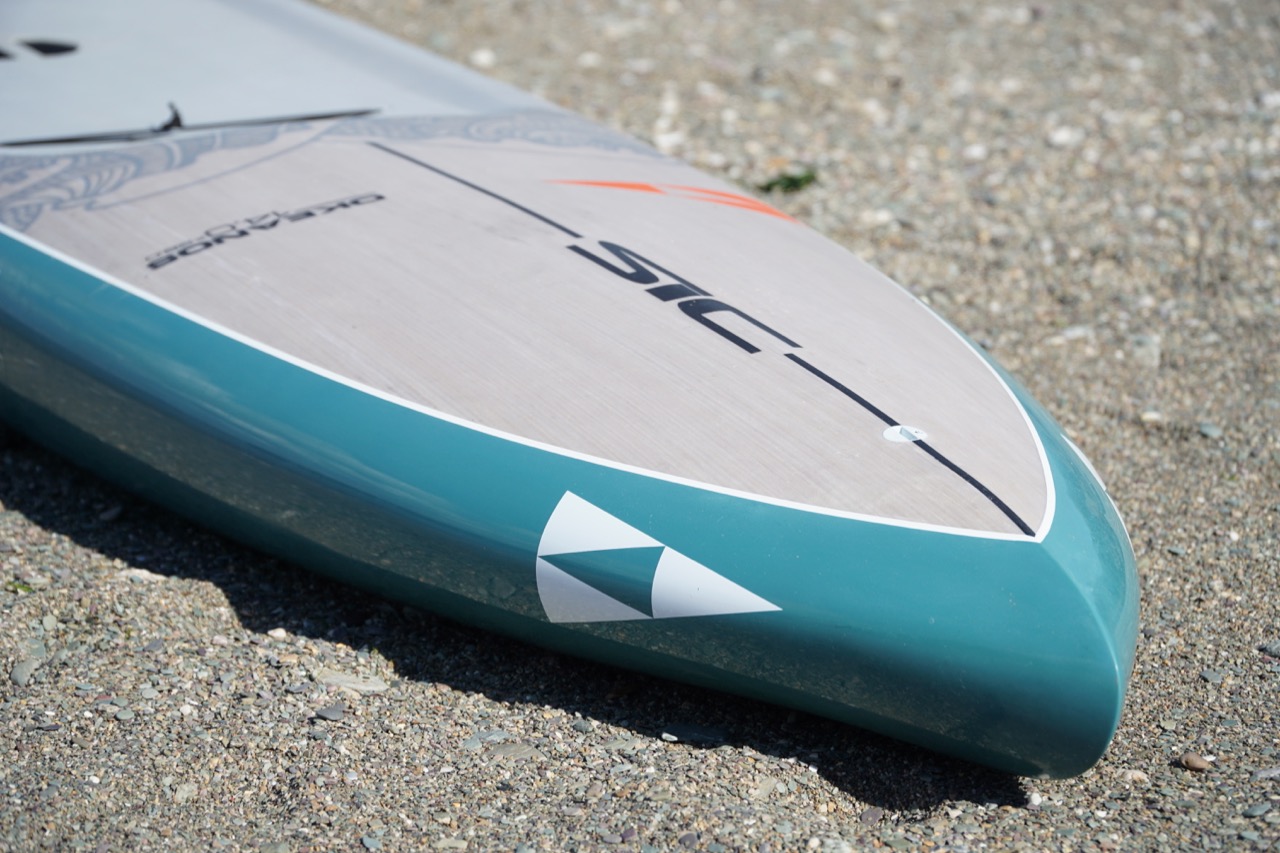 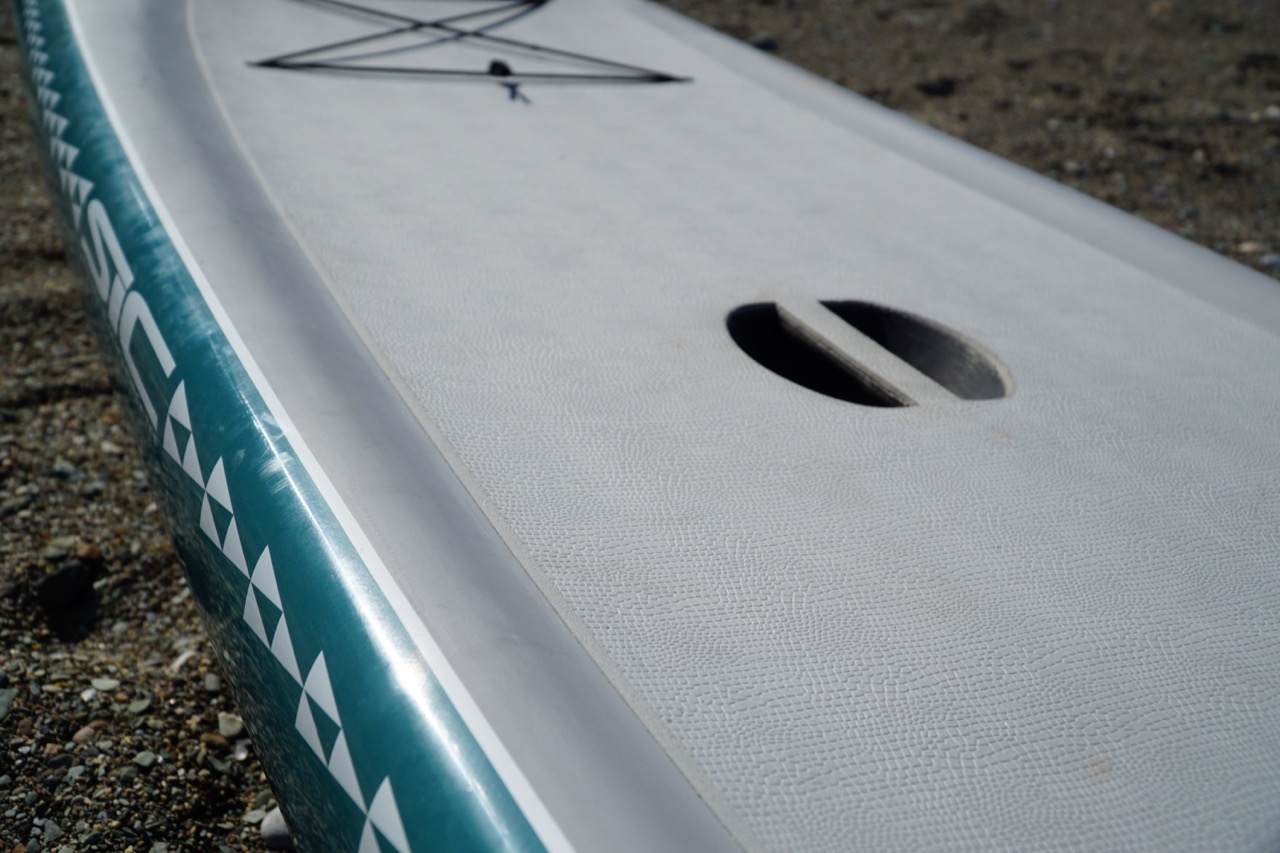 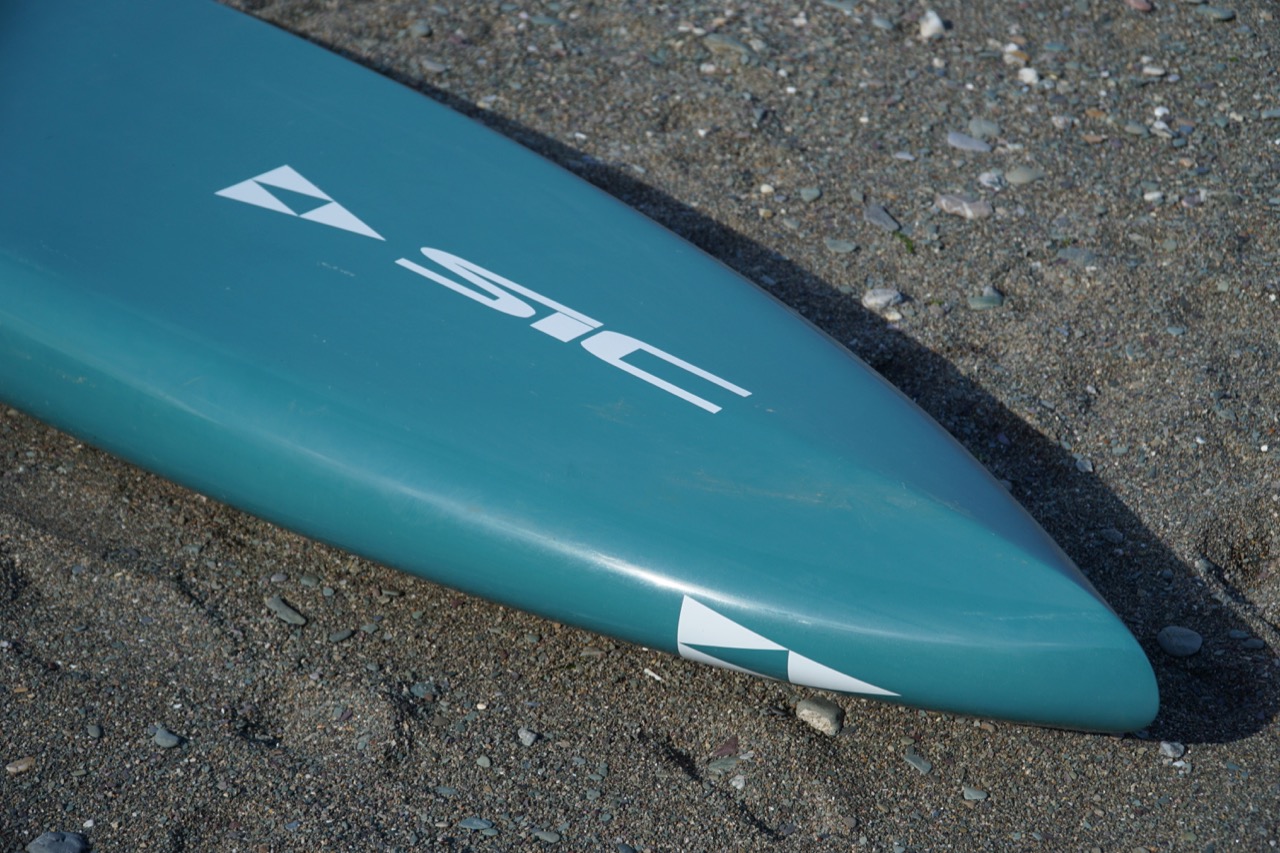 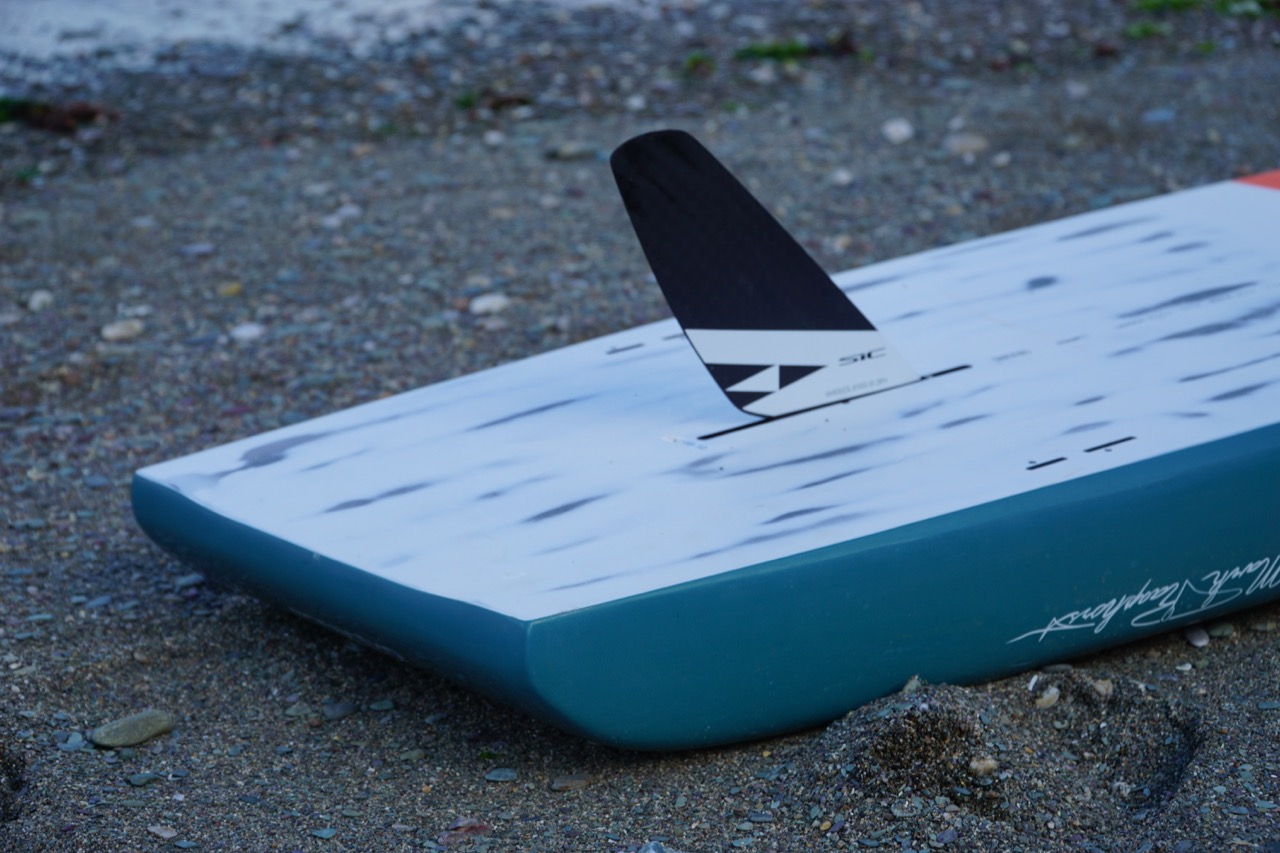 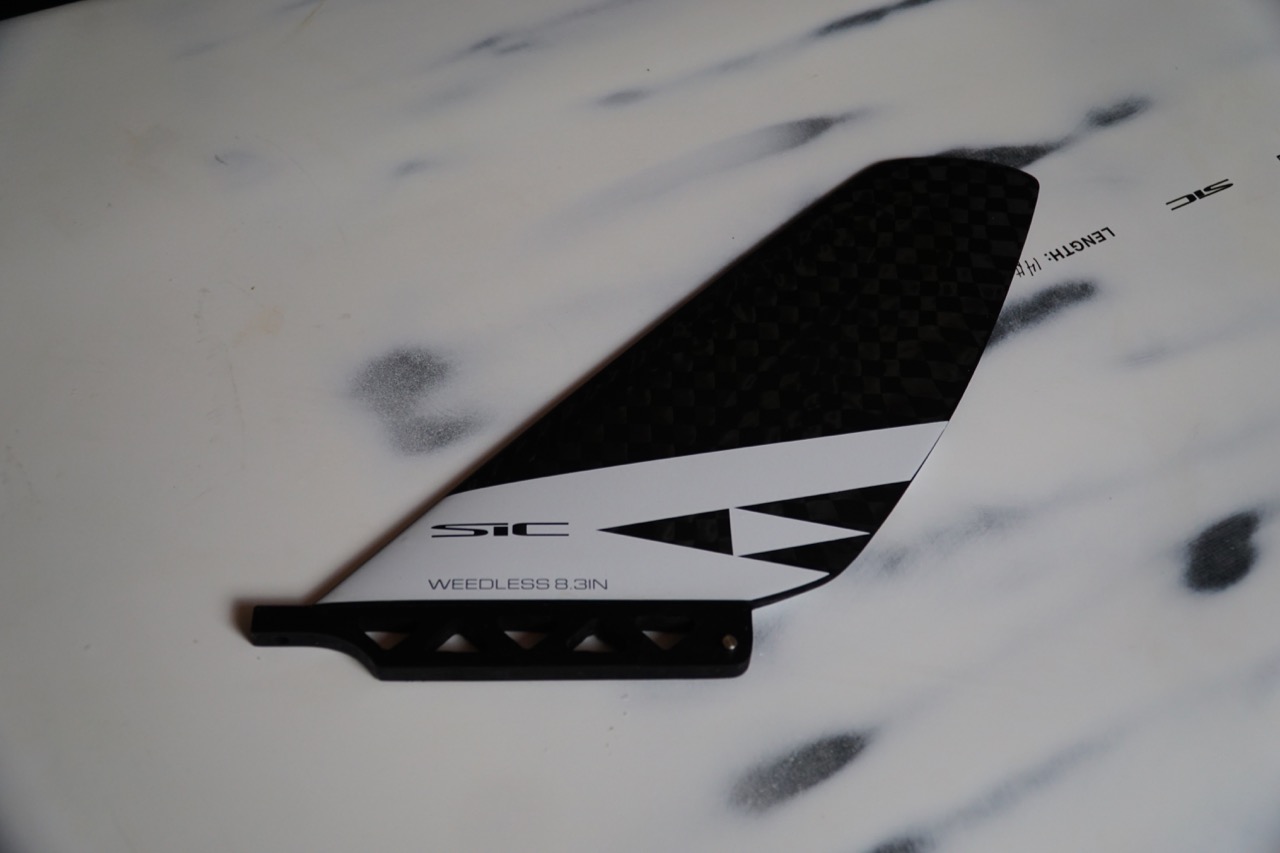 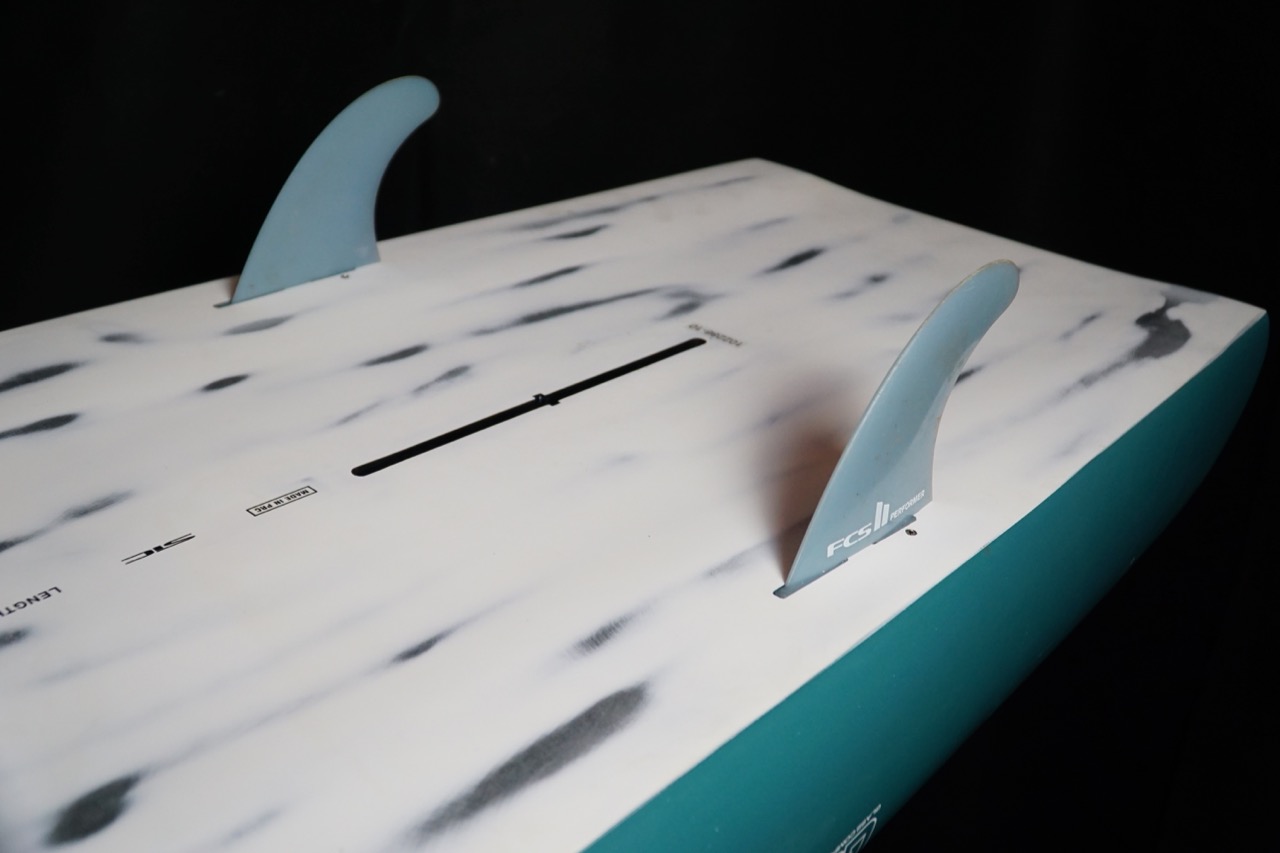 Note: Products are rated/compared to other similar (style/construction) products on the market.

Based on 2 user reviews. 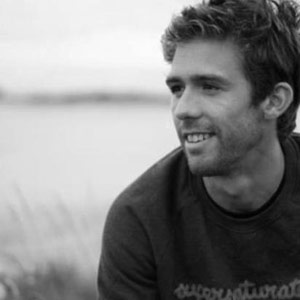 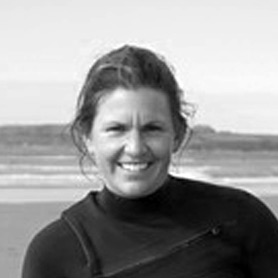 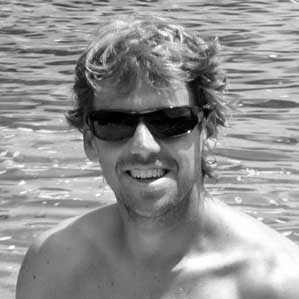 Okeanos is named after the ancient Greek god of the sea and was further inspired by the NOAA Ship “Okeanos Explorer” located in Pearl Harbour, Hawaii. The purpose of this ship is to systematically explore our largely unknown ocean intent on discovery and the advancement of knowledge.

This new series is focused on fitness, touring and voyaging the unknown, so thus the name was chosen. The Okeanos shares similar DNA with the RS series, however, this board is made for recreational paddling and journeying rather than racing. This board paddles with ease and is capable of maintaining a fast pace and efficient glide. The concave in the tail on the bottom helps to maintain a straighter line, higher average speed and greater glide. The nose chine in the bow softens the ride in rough waters and tracks extremely well into the wind and in cross-chop. The generous tail width and full, squared-up rails make this board extremely stable. The wide point in the front section of the board has been shifted forward which also adds to the overall stability. The board has been outfitted with numerous tie-downs and inserts to mount your cargo and accessories. Capable of running either a single fin or two thrusters (sold separately) for paddling in shallow or rocky waters and reducing the draft of the board. This also make beach landings easier and your board will sit stable and secure on the land. The Okeanos is a great fitness board, ready to take on journey and adventure.

More from this brand

What composite SUP board construction should I buy? Full carbon or wood/glass?  06/04/19