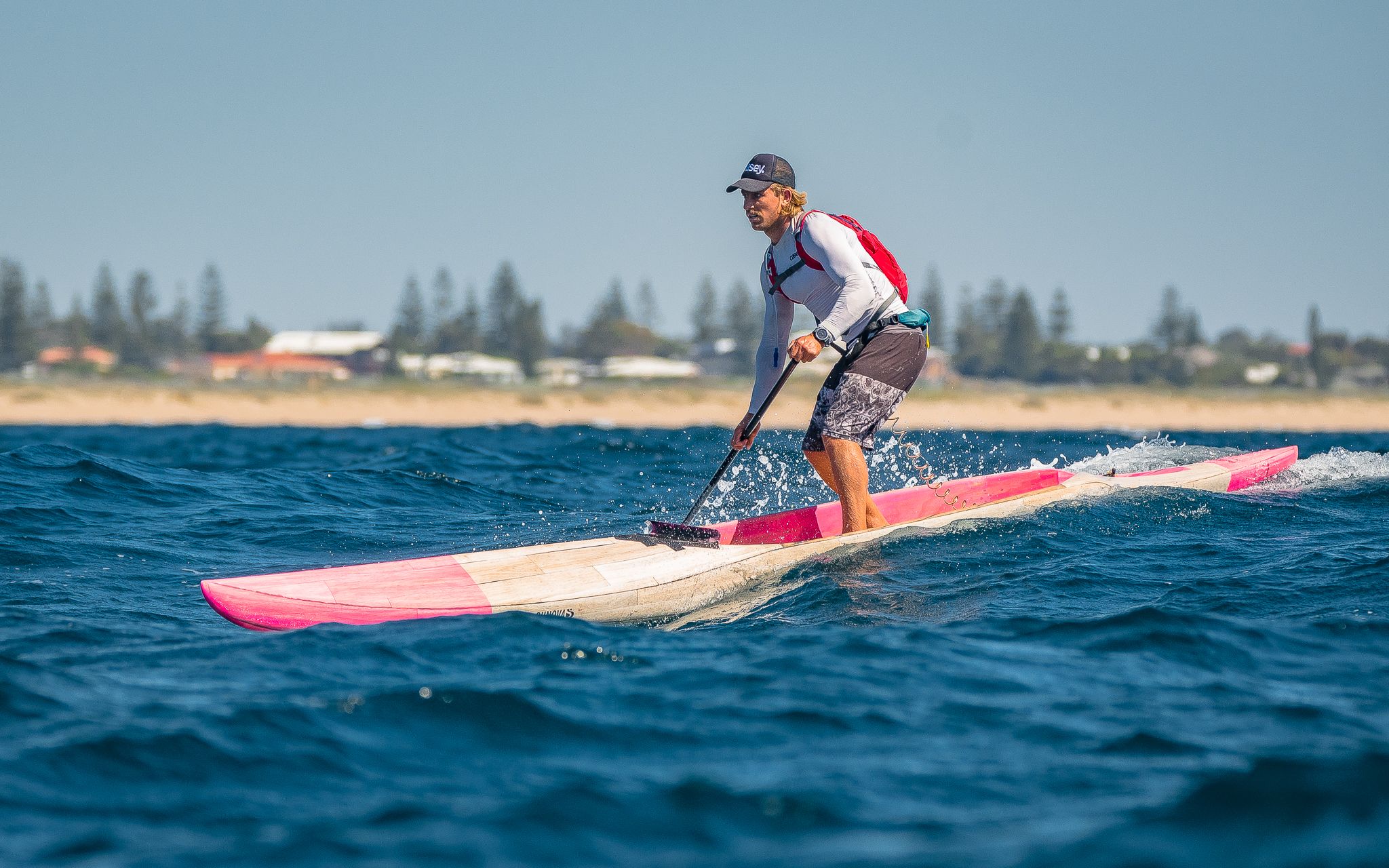 In a year where nothing can be taken for granted, SUP Western Australia (SUPWA) is thrilled to confirm the 2020 Stand Up Surf Shop King of the Cut will go ahead on Saturday 5th December 2020!

In a year where nothing can be taken for granted, SUP Western Australia (SUPWA) is thrilled to confirm the 2020 Stand Up Surf Shop King of the Cut will go ahead on Saturday 5th December 2020, a 24-kilometre downwind paddle race from Dawesvile Cut to Secret Harbour, about an hour south of Perth. The Stand Up Surf Shop King of the Cut (KOTC) has always been a stand up paddle (SUP) specific event, but after years of asking and for the first time, SUPWA has opened up the race to surf skis. KOTC chairman Greg Kerr said that most downwind events around the world were specific to Surf Ski, Prone Paddle Board or Outrigger, with SUPs as an add-on. Kerr has said below,

“The Stand Up Surf Shop King of the Cut is the only downwind event in the world that started as SUP only and has developed to include other craft. COVID has caused many compromises, and when we heard that The Doctor surf ski race was cancelled, we contacted the Indian Ocean Paddlers (IOP), the group that runs several great local downwind events for skis, and asked if their paddlers would like to compete in the KOTC - they were super keen! It’s all about sharing this amazing stretch of coast that has the longest downwind runners in the world.” 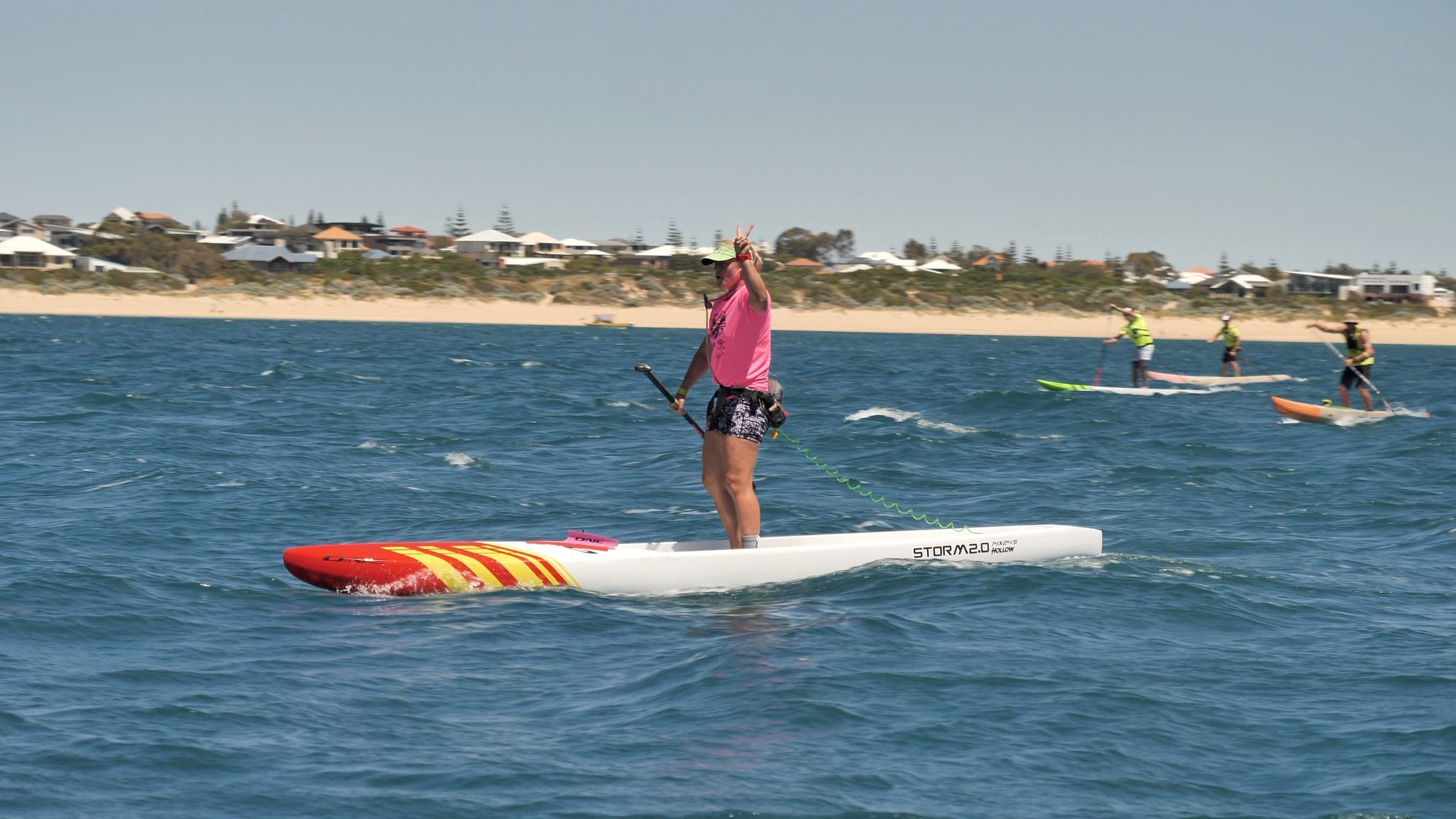 Last year, Wing Foiling or Wing Dinging was a demonstration division and is set to be one of the bigger divisions in the KOTC this year. Stand UP Surf Shop manager Will Wilson, says that the relatively new sport Wing Foiling is very popular. “In terms of sales, Wing Foiling has gone through the roof with many new people who have windsurfing or kite boarding backgrounds getting into the sport.” The ninth edition of the Stand Up Surf Shop King of the Cut is a favourite with SUP racers due to the near-perfect consistent wind. “The ‘Freo Doctor’ at this time of year is what makes this event so fast. The powerful and consistent West Coast sea breeze creates uninterrupted runners and pushes competitors along like a really fun conveyor belt,” says Kerr. All competitors will be tracked live via Track Me Live app that allows officials and supporters to see the race progress in real time. Over 100 competitors are expected at the start line on either SUPs, Outrigger Canoes, Prone Paddle Boards, Wing Foils or Surf Skis. 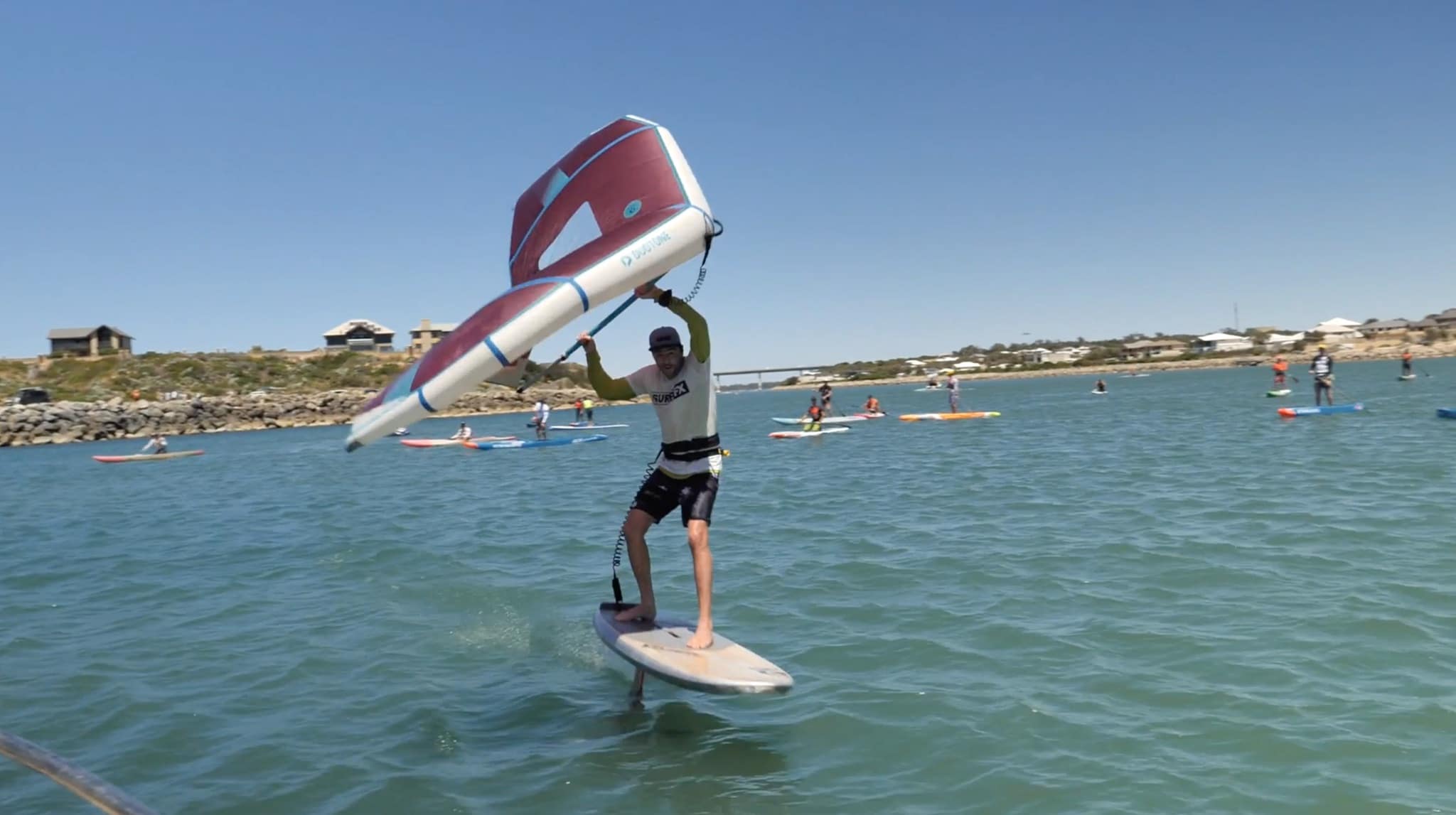 In previous years, the KOTC has attracted some of the world’s best SUP competitors from Japan, Singapore, New Caledonia, Switzerland, Ireland, New Zealand, Greece, Sweden and across Australia. This year with travel restrictions due to COVID-19, all entrants to date are West Australians. Besides competing for state representation, competitors are also vying for title honours – the King or Queen of The Cut, which is awarded to the first SUP paddler across the line, regardless of board class or age. The best spectator points are at the start line along the groin at Dawesville Cut at 12pm and on the beach in front of the Secret Harbour Surf Life Saving Club for the finish of the Stand Up Surf Shop King of The Cut at approximately 3pm.