On the 1st February 2017, 23 year old, 3x ISA SUP World Champion, Casper Steinfath, embarked on the mission of his life… to attempt to SUP across the Skagerrak Strait from his hometown Klitmøller (Cold Hawaii) to Kristiansand in the southern part of Norway. This 130km childhood dream in the midst of the Scandinavian winter, was never going to be easy, but Casper was ready for the challenge. It was all in the hands of mother nature!… 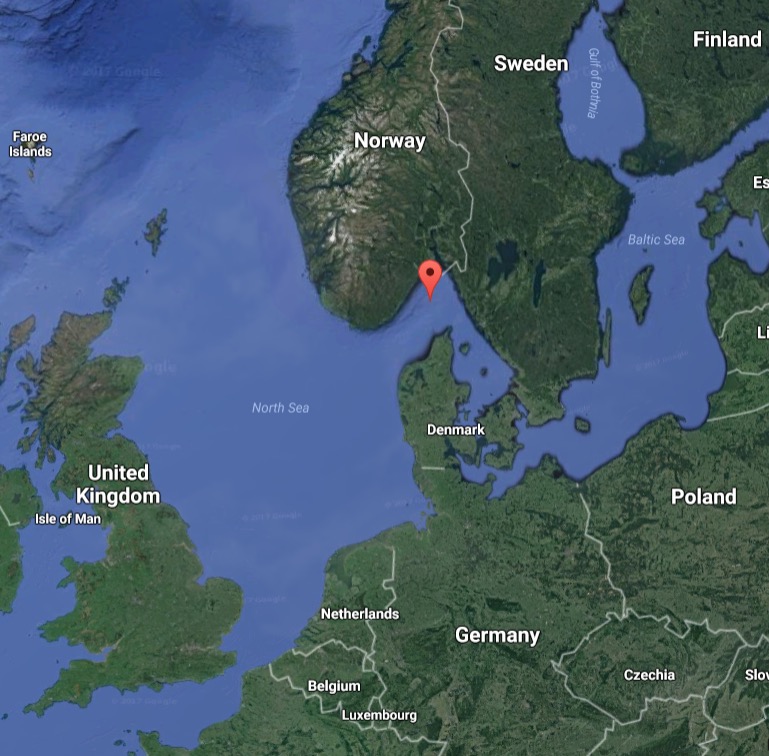 Since Casper was a young boy, he had a dream to step in the footsteps of the ancient Vikings. A dream that has grown bigger and bigger, but also a dream that developed into a personal challenge between himself and the ocean – the ocean which the only 23-year-old World Champion loves and lives for.

The dream presented itself in the form of crossing the Skagerrak Strait from his hometown Klitmøller (Cold Hawaii) to Kristiansand in the southern part of Norway. Casper would embark on this challenging mission, in the cold and dark Scandinavian winter, and set out to navigate the 130 km long route across the legendary Skagerrak Strait – a mission called the “Viking Crossing”.

A historic and important route, which the Vikings used to trade and to sail goods back and forth between Denmark and Norway – hence came the idea to name the mission “Viking Crossing”. With several years of preparations up to the “Viking Crossing”, the young Viking carefully studied the route and weather conditions together with his team. Casper engaged in energy and diet plans, as well as carefully planning the entire security operation, which was on standby during the mission.

The “Viking Crossing” took place on Wednesday February 1st with a departure from the shores of Klitmøller, Denmark, at 05:20 AM. Although it meant paddling in the dark with a headlamp, perfect wind and weather conditions sent Casper Steinfath well off with a strong tailwind and some lively bumps, which let him hold a solid pace.

During the first 12 hours, everything went as planned, but as darkness approached in the evening, the weather conditions changed rapidly, which made it difficult for Casper and his crew to keep on course. The changing winds grew stronger and a treacherous current combined with darkness and freezing temperatures made it too dangerous for Casper to continue his mission.

After exactly 116 km, 16 hours and 20 minutes of paddling Casper had to realize, that today was not the day, his dream to cross the Skagerrak Strait on the historic Viking route, would come true. With a heavy heart, Casper safely boarded the safety boat and sailed ashore in Kristiansand in Norway.

Although Casper was forced by Mother Nature to forfeit at the doorstep of his destination, the “Viking Crossing” mission has only given the young Viking even more bloodthirst and motivation. Casper is already in the process of evaluating and preparing another attempt to cross the wild Skagerrak in the nearest future.

“My attempt to cross the Skagerrak Strait has been a great experience.  It has given me more energy and desire to make another attempt. I have a lot of experience from this trip, which hopefully will help me to realize this dream.

I feel positive and motivated to make a new attempt in the near future, but still under the same conditions – it must be winter, dark and cold. I see it as both a thrilling battle against myself, to see how far I can push myself, but also as a battle with Mother Nature. Like the Vikings said, sometimes by losing a battle you find a new way to win the war!.

The sea is a large playground, which can give you many fantastic experiences when you know how to act. I want to bring more attention to the SUP sport in general, but also highlight the preparation and safety we surfers have every time we go on the water. “Said the current ISA World Champion and Danish Viking Casper Steinfath.

I am a 23 year old Danish surfer from the Cold Waters of Scandinavia. I live in a small fishing village called Klitmøller also know as “Cold Hawaii”. I was introduced to Surfing at a very young age and became obsessed with the ocean. As the years passed my passion for the water grew stronger and stronger. I picked up many styles of surfing, yet Stand Up Paddling became my favorite. The small competitions got bigger and now I am competing on an international level chasing World Titles and the ultimate adventures that only Mother Nature can provide.