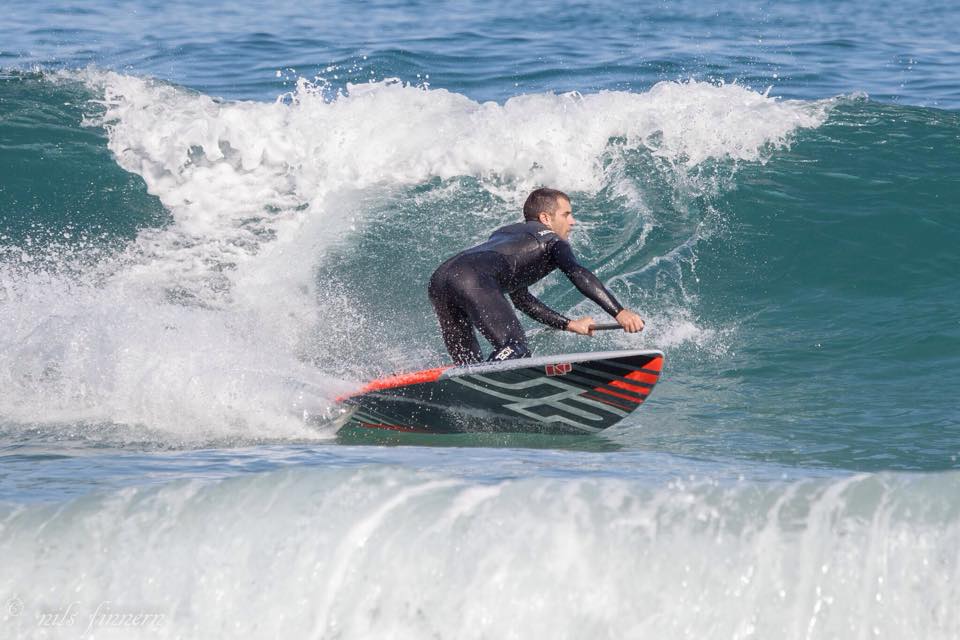 The rail shapes of your board and the connection they make with the water are the most important features when it comes to any SUP.  The design of rails on surfboards is nothing new, but do you know what the rails do on your SUP and how they effect your riding?

In this, the second part of the SUPboarder series ‘SUP shape & designs’ we look at the 3 basic rail shapes and how they effect a SUPs performance. 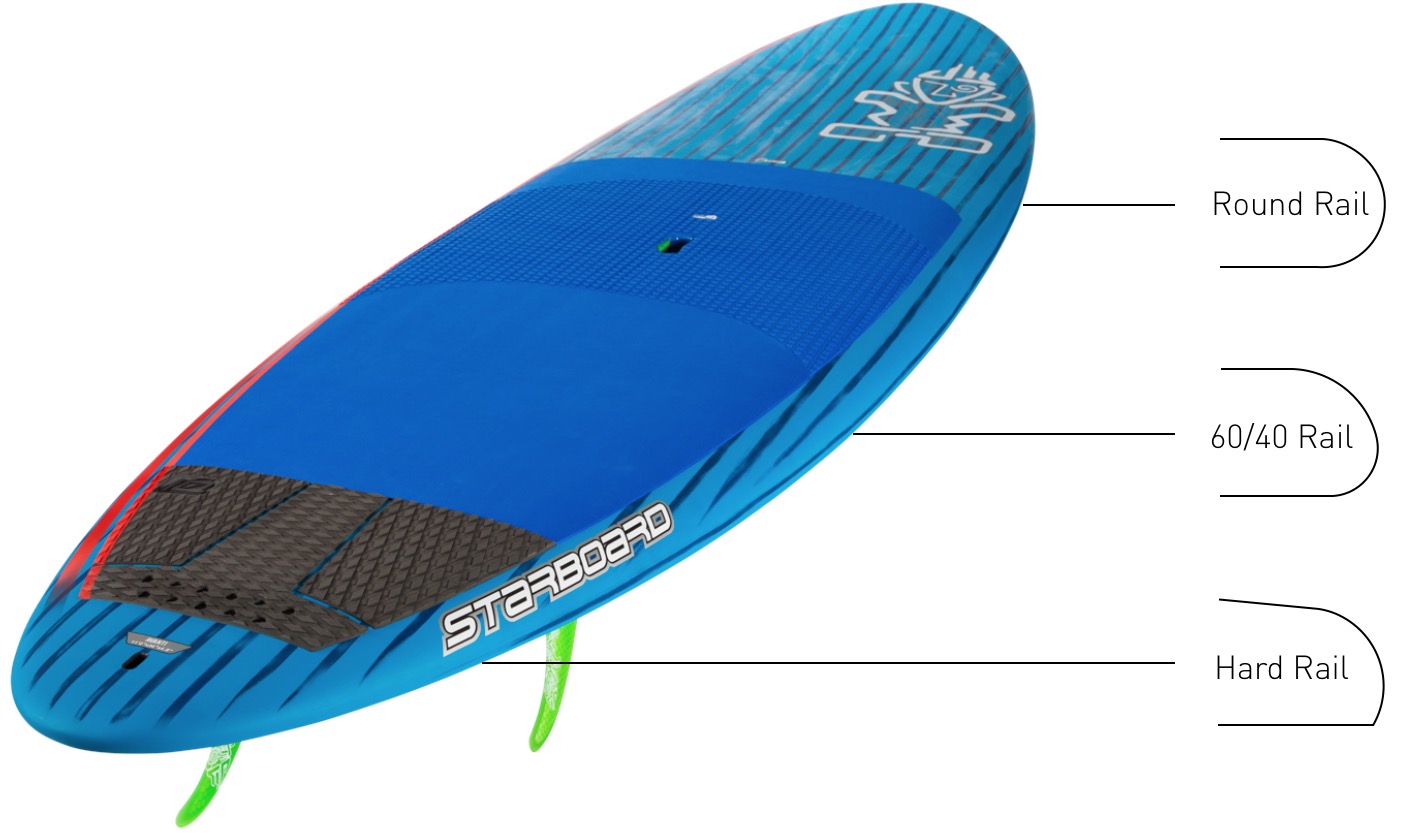 The way a board rail works is pretty simple. When forced into the water, the rail wraps and holds the water around its surface, which creates certain amounts of grip, drag and release depending on the rail shape. This then allows the rider to track forwards or turn the board if they wish by shifting their body weight around the board. The important thing to remember is that certain rail shapes will work better at certain speeds. That’s why when out SUP surfing you can lean on your rail at speed and effectively turn your board, but if you try this when slowly flat water paddling you’ll find your board doesn’t really react at all.

The rail is there to help you control your board going through the water. Whether your boards travelling fast or slow, rails all play a part in the boards performance. The easiest way to think about rails and rail types is to break them down into two categories – hard and soft.

This is the type of rail that you will find at the back (tail) of SUPs. The hard rail does a number of things. It creates a sharp edge for the water to flow off quickly, making the board fast across the water. This is why all race boards have a hard, sharp rail along most of the boards length especially at the tail. Combining the sharper flat bottom shape with thinner rails (less volume) this also gives the board a lot of bite into the wave face when surfing. The more performance designed boards will have harder shaped rails allowing the riders to travel faster across the wave, and ride steeper hollower waves too. So think of hard rails as the driving force of your board.

+ Pros Great fast rail that lets water release off the board quickly. Less volume than other rails allowing for better bite on steeper waves.
– Cons Not as good in weaker soft waves. Can be harder to use for beginners.
Common board type : Race and more performance surf SUPs

A soft or round rail is smooth and without any sharp edges. It has a very similar shape on the top and bottom of the board. A soft rail is the opposite to a hard rail. It allows the water to wrap around the entire rail which gives you grip, but reduces speed. The thicker, fuller shape also gives the rail more volume. This rail shape usually starts at the front to middle part of the board and therefore this will be the first connection between the board and water. The soft rail gives the rider grip when entering turns and also helps to provide more board volume where needed. This is especially important for SUP around the standing area. If you are getting into SUP surfing a softer railed board will allow you to turn easier and the larger volume will also help you to keep speed up during manoeuvres e.g cut backs.

+ Pros Great for smooth long lasting turns and mushy not so powerful waves.
– Cons They tend to struggle to hold an edge on steeper faster waves.
Common board type – All round SUPs and surf SUPs. Generally not on race boards.

There are so many different rail names and different rail combinations you can have on a board. And they are all there for different reasons. 50/50, pinched, rolled, low/hard, tucked under edge… the list goes on. But probably the other most common rail shapes that you will have on a SUP are 60/40 rail or 60/40 tucked rail. This rail shape is the transition rail between the soft rail and hard rail found at the mid section of the board, and also at the very nose of the board too.

Rail shapes really are one of the most important things on any board, race or surf. But there is no right or wrong combinations. Certain rails work better in different conditions for different riders. And they can make the difference between winning a race, and making or breaking your first bottom turn. Getting to know your rails and how they work is a good step in becoming a better paddler.

So next time you pick up your board and feel the rails, or rub your hands down the rails of the boards in the racks at the shops, just think about how these rails will work under your feet, and what  you want out of the boards rails. If going super fast on big steep waves is your thing then get yourself a board with a more of a harder shaped rail, to give yourself a bit more bite and speed. Or if you fancy giving SUP surfing a go for the first time then look towards a softer rail to get you carving with ease.

Hope you found this article informative. To read more similar articles check out the other SUPboarder feature, SUP shapes & designs – The deck under your feet.

Should I buy an inflatable or hard SUP? / Fanatic Fly Comparison video  26/07/19