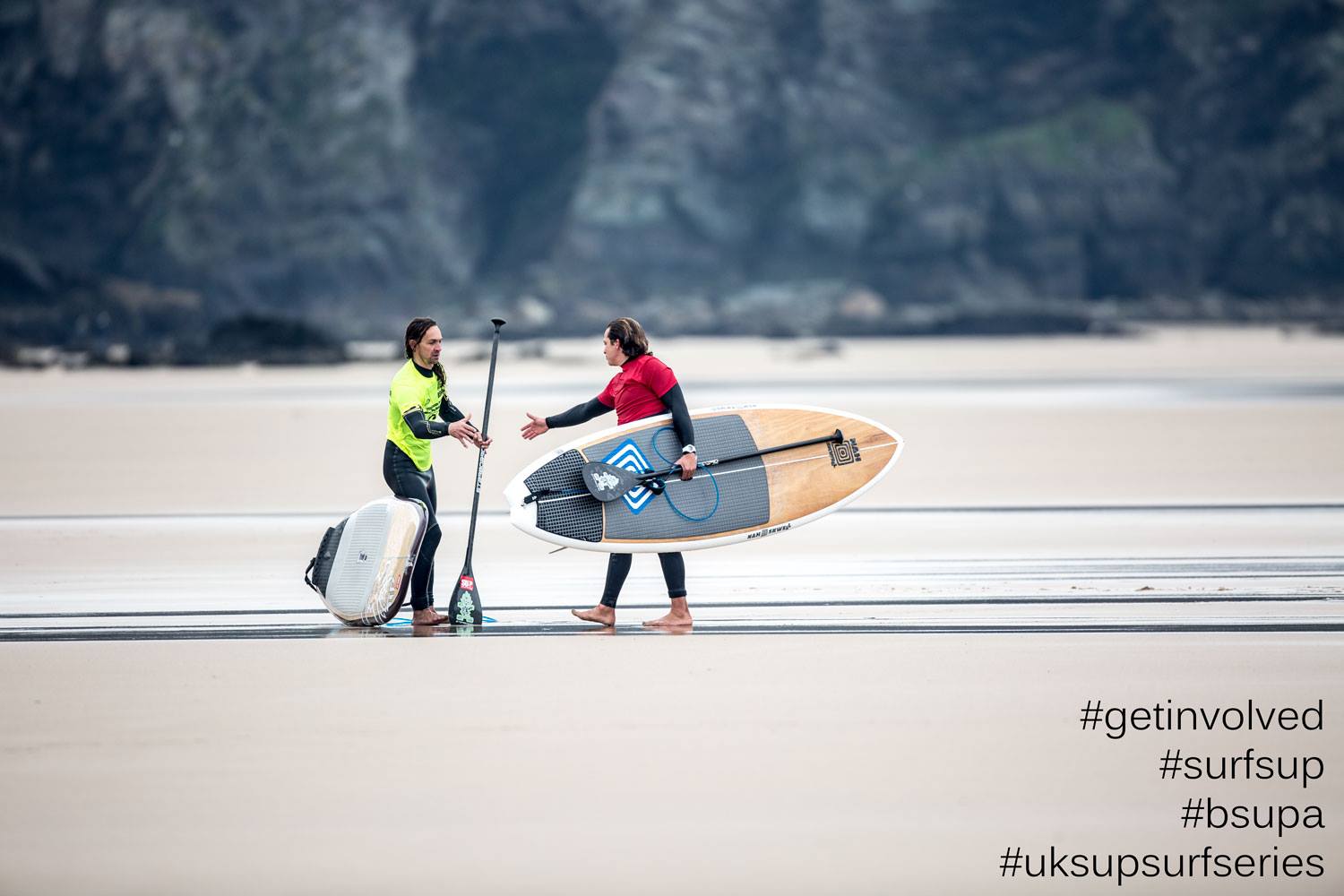 Marc Hambidge from StandUpPaddleUK and SUP South West has all the details for the first round of the BSUPA National SUP Surf Series 2016 which will be held on Putsborough Beach in April. There are only 10 places left in the Men’s Open event…

We are super excited to be part of the BSUPA National SUP Surf Series this year to help progress this from a one event program to a three event series.

Putsborough Beach is an amazing place and sits at the opposite end to Woolacombe Beach making up Woolacombe Bay which was voted number one beach in the UK this year by Trip Advisor. The conditions at Putsborough can be excellent for SUP Surf as to the south lies Baggy Point a headland that stretches a couple of miles out, as such providing shelter from winds from the South, South West and at high tide the West. This makes it a fantastic spot for SUP Surf…….

As part of the BSUPA National Surf Series the competition will be of the highest level. With some of the UK’s top riders entries already booked it will make for an exciting event for sure.

Saying that, the entries are open to anyone so if you have the skills to SUP Surf why not enter? We are super keen to welcome entries from aspiring SUP Surfers that want to learn more about competition and build new skills. The entries to the mens open is restricted to 32 places while the Ladies and Junior events do not have any restriction on them as the number of participants tend to be a lot lower in these categories. So we particularly encourage entries from Ladies and Juniors.

So get your entry booked or come down to spectate it’s going to be a great weekend!

For more details or to book your place on this please see the event Facebook page or www.standuppaddleuk.com