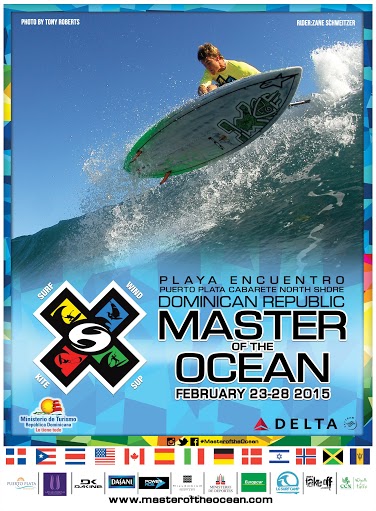 MOTO continues on the Dominican Republic, the latest update from the organiser and some brilliant images from Toy Roberts:

Master of the Ocean Release

Another beautiful day in paradise 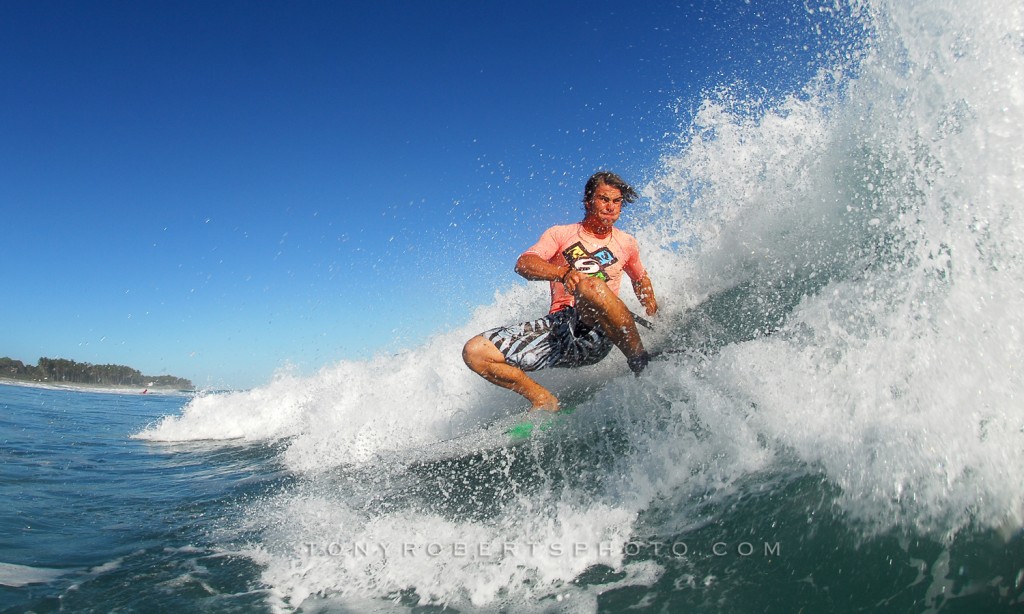 Encuentro Beach: The second day of the 2015 Master of the Ocean started with a slight breeze and some nice swell; the sun came out early and strong making conditions great for the semifinals of the surf and stand-up paddle categories for overall competitors in the morning.

Hardcore supporters were on the spot bright and early, and were later joined throughout the day by more and more people. Cameras in all sizes vied each other for the best shot as well as two drones, which, every time they took off or returned to the beach caused havoc among the pack of eleven disheveled beach dogs.

Throughout the day all eyes were on the competitors looking to make radical yet controlled maneuvers in the first part of the wave. These score higher points than later explosive action further down the wave. 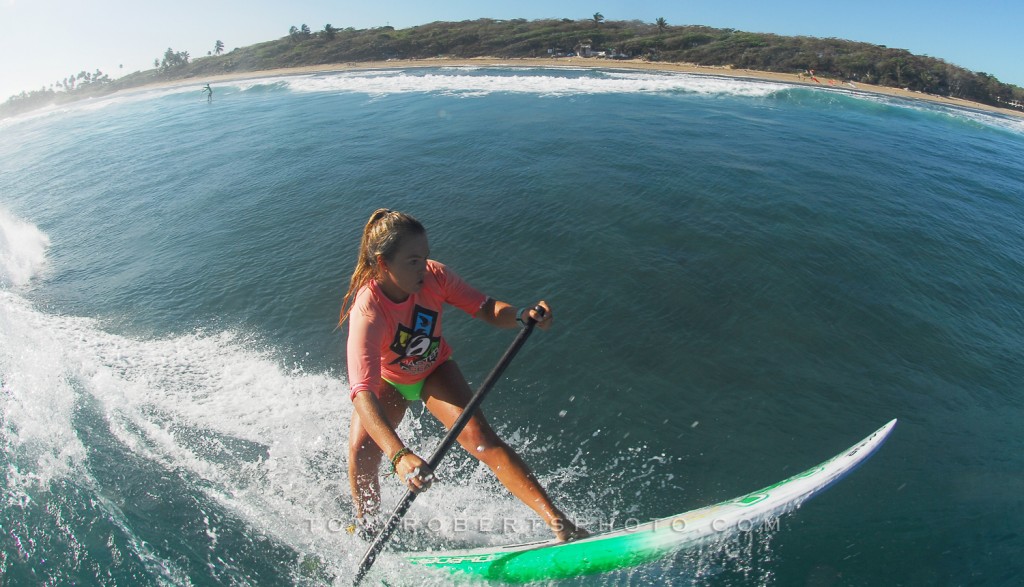 “Competitors are much stronger this year than last year”, explained Zane, who travels ten months out of twelve to compete in water tournaments around the world. “The conditions are also pretty good this year, which helps bring out the best in everyone.”

Also local surf champion Brandon Sanford did great in both the stand-up paddle and surf semi-finals, and will be going on to the finals on Wednesday, as should windsurfing legend Brian “Action” Talma, although the jury members have not yet decided at the time of publication whether it would Brian or Diego Anta who would be qualified to go to the surf finals. Action Man Talma was still very happy: “It’s really great to be here again as all the other competitors are so supportive of each other”, Brian raved. “Even during the kite quarter finals yesterday afternoon, which is not my strongest sport, I had so much fun just because everyone is so mindful and generous.” 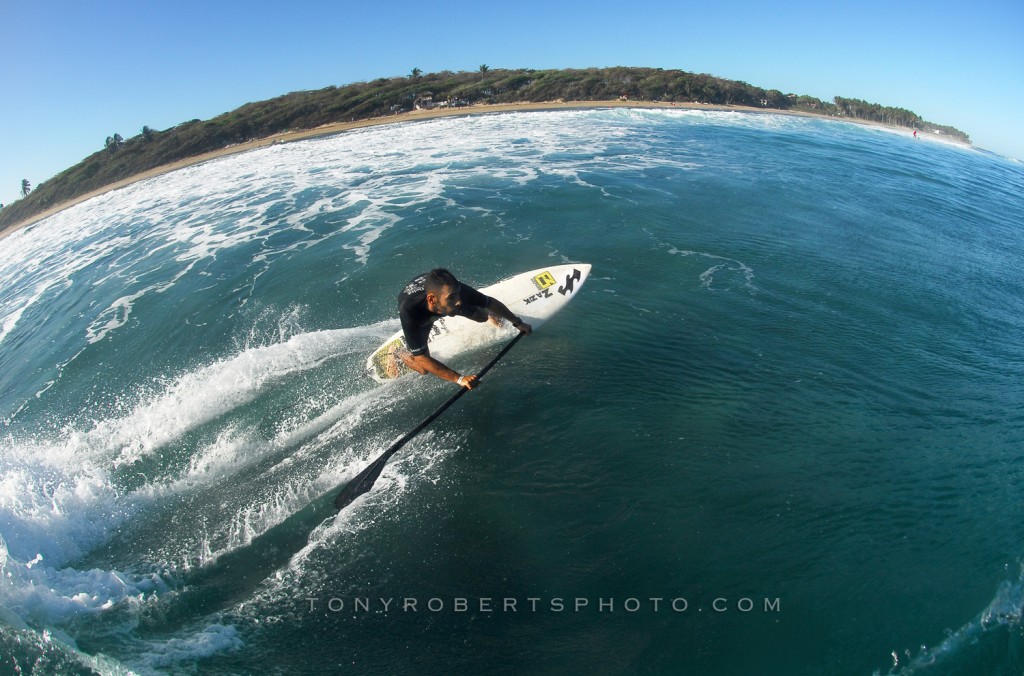 Olympic windsurfer medalist Michael Gebhardt, who was the only non-Dominican to win one of the four kite heats on Tuesday afternoon, explained that the competition conditions were not too easy yesterday afternoon. “Relatively strong waves, wind of around 15 to 18 knots and a strong downwind current made it hard to stay upwind yesterday”, Michael explained, while fixing the fin on his windsurf board MacGyver style with a Swiss army knife. “The wind is forecast to be stronger this afternoon and hopefully we can then also start the windsurfing heats”.

Six Master of the Ocean teams, with four athletes each competing in one category, started their race for the title today as well with surf team members getting in the water in the late morning. By then the wind had picked up slightly and the love of the viewers had risen to hot temperatures. They got rewarded for their enthusiasm with riders giving their all with fins getting out of the water, a few attempted 360s and some tails into reverse.

The action continued in the afternoon with the wind picking up nicely creating perfect conditions for the kitesurfing semifinals and the windsurfing quarter and semifinals. The Dominican athletes showed that Cabarete is indeed the Caribbean kitesurfing capital and were absolutely amazing in the kite semi-finals. As a matter of fact they were that good that they won hands-down from any of the foreign contenders, meaning that the kite finals, which will take place on Wednesday, will be an all Dominican affair with contenders Emmanuel Rondon, Luciano Gonzales. Samuel Perez Hults and Franklin Mieses Montan in the line-up.

Emmanuel Rondon, who held the 2008 and 2009 Master of the Ocean title, and has qualified for both the kite and windsurf finals, highlighted that this year there has been a lot of support from the crowd, which has helped contenders push their limits and show off what they can do.

The good sportsmanship that has marked this event this year was evident again when during the second kite semifinal Spanish rider Diego Anta lost his kite during a trick because he had lent his leash to another competitor and rode without one. Would-be competitor Kelvin Coniel jumped straight into the water to bring Diego another kite so Diego could continue but unfortunately this act of altruism did not help him get into finals.

Pumping reggae beats and great vibes on the beach formed the background to the windsurfing quarter and semifinals, with competitors making use of the stronger afternoon winds and the well-formed waves to do the most radical tricks, including front and back flips. Apart from Fiona Wylde who rocked in this category and is qualified for the finals, Zane Schweitzer is also a favorite lined up for the overall windsurfing finals. They will be joined in the finals by Israeli athlete Omri Hazor and Dominican favorite Samuel Perez Hults.

Team kiting members quarter finals, Christo Salva team member Diego Anta qualified for the finals as did Emmanuel Rondon for Team Terminator. The winner of the semifinals will be the third competitor in the upcoming team kite finals. 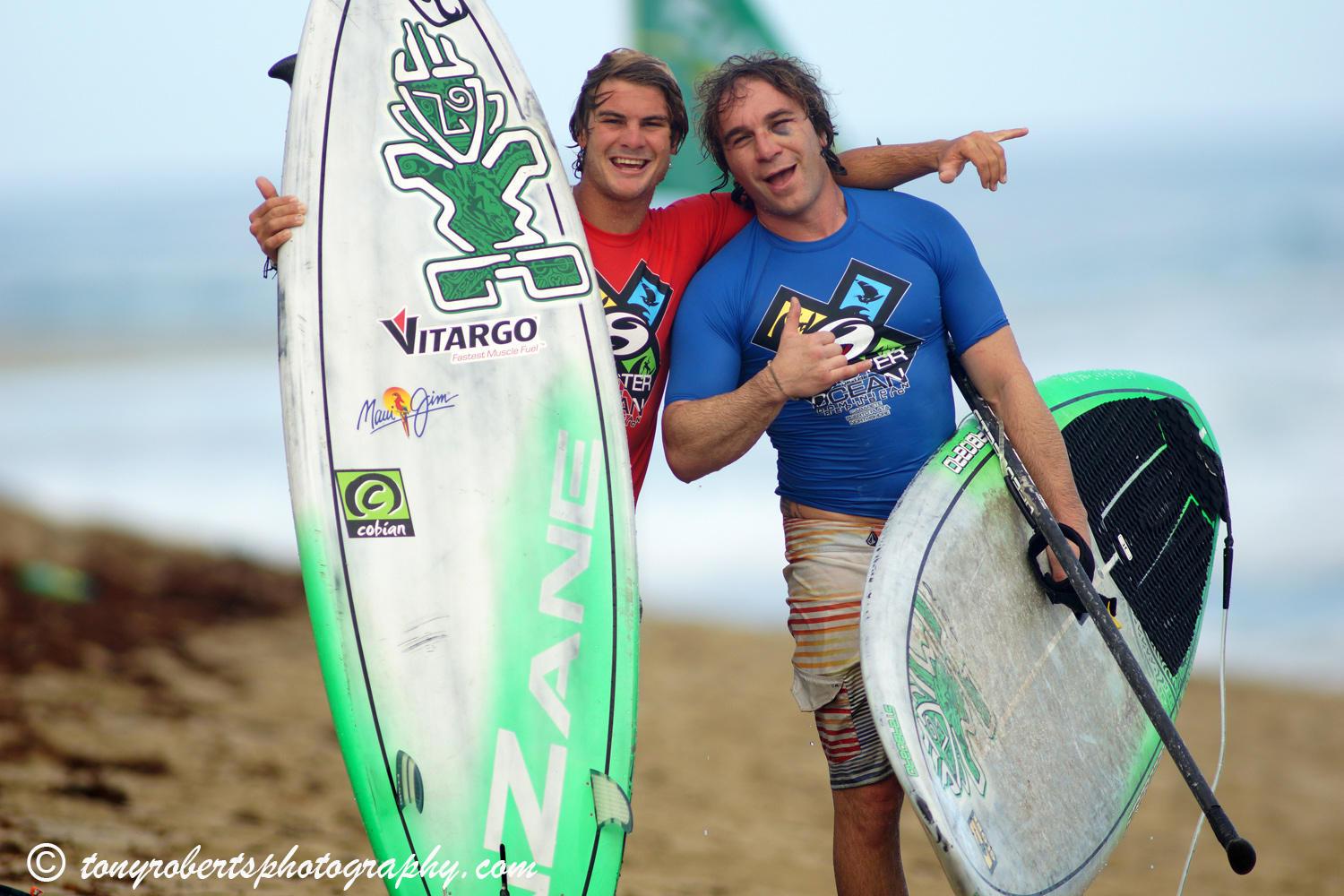 MOTO kicked off on Monday in Cabarete on the Dominican Republic with great conditions for all 44 competitors.

The best wave riders from all over the world have been traveling these last few days to the North Coast of the Dominican Republic to compete from tomorrow onwards in the world’s most complete ocean competition: the Master of the Ocean. The event was kicked off last night at the Opening Ceremony of the Master of the Ocean tournament in Lax/Ojo’s, Cabarete, marking the start of this epic yearly event.

In the next five days, twelve world-class water athletes will be competing in all four wave disciplines: surfing, windsurfing, kiteboarding and stand-up paddling (SUP) at Encuentro Beach to win the Master of the Ocean title. Last year two amazing windsurfers took both the men’s and the women’s Master of the Ocean titles, Zane Schweitzer from Hawaii and Fiona Wylde from Oregon, US. The defending champions will be competing again this year against top competitors from Barbados, Canada, Dominican Republic, Germany, Israel, Puerto Rico, Scandinavia, Spain and the USA.

“As the only competition in the world that combines all four surf-related disciplines, the Master of the Ocean challenges the most skilled surfers, kitesurfers, windsurfers and stand-up paddlesurfers,” explained German waterman and event founder Marcus Bohm, who first organized the event in 2003.

The all popular Master of the Ocean Expression Sessions will see eight riders competing in each category and the teams of four riders with each competing in one category will be formed tonight at the Opening Ceremony.

The weather forecast for the week is looking amazing, with sun, waves and wind foreseen, and all riders are pumped up and ready to show off their stuff. Want to see the best of the best? Then Encuentro Beach from 7:30AM onwards on 24 February is the place to be!

A fantastic DJ line-up has been organized to entertain all water and music aficionados during the event. On Thursday and Friday evenings, amazing parties will be organized at Eze Bar and Cabarete Social Club.