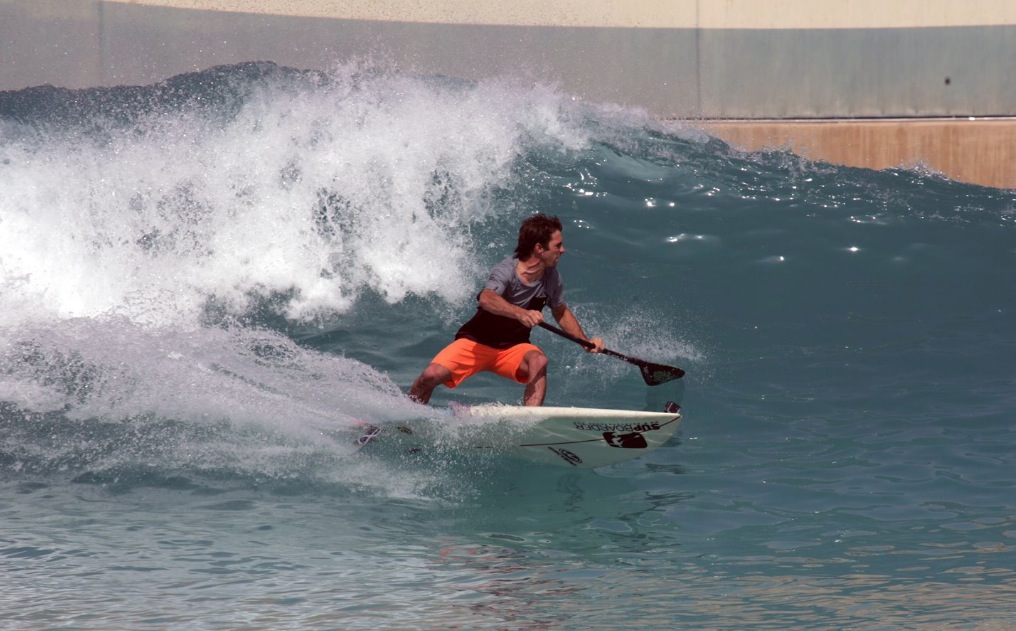 4 fins, 3 fins, 2 fins, 1 fin or no fin? It’s totally up to you, but ‘how do you decide? and ‘what difference does it make anyway?’ I hear you ask! SUPboarder Andrew Pieterse explains all…

Messing about with your fin setup is one of the easiest and quickest way to change the performance of your SUP and make (or break) a session. As modern SUP surfing is such a new discipline, it helps to take some knowledge from surfing, so let’s look at why you may decide to change things up a little.

The greatest trade off you make when choosing your fin setup is trading drive and hold, for manoeuvrability and slide. Drive generates speed and is good for moves such as power turns, barrel riding and aerials. Manoeuvrability will aid moves such as off the top turns and progressive turns such as tail-slide or 360’s. Essentially the less the combined surface area of your fins the looser your board will feel and the more your board will tend to slide in turns, but you will sacrifice straight line speed and hold. Naturally it’s not quite that straight forward.

Four: Quads are generally known for their hold and ability to generate drive. Pro surfers tend to prefer them in hollow critical waves where it may be necessary to hold a high line under the lip of the wave. Critics say that they tend not to turn as well as thruster (3 equal sized fins) setups. Given the wider template of SUPs quads may have an advantage as they provide a wider spread for fins given the greater area to cover. Quad setups vary from having 4 equally sized fins to having larger fins up front and smaller fins to the rear, effectively loosening up the tail of the board. The smaller you go in the rear, the looser the tail will become with a tendency to pivot around the larger front fins, taking on more twin fin characteristics.

Three: Thrusters have been the mainstay of surfboard manufacturers for many years, only recently starting to give some way to quad setups. Pro SUP surfers on smaller boards still seem to have a preference for 3 fins setups, citing the better turning ability of 3 fins versus 4 fins, which tend to “stick” more in a turn. Common three fins setups on SUPs are usually 2 + 1 i.e. two equally sized front fins with a smaller or larger rear fin in a box setup. As with quads, going down in size on the rear fin will loosen up the tail while using a bigger fin will create more drive and speed.

Two: When surfboards got a lot shorter many surfers moved from traditional single fins to two large fin setups. This did to some extent pave the way for more progressive surfing such as 360’s but for many the jury is still out on the effectiveness of twin fins and certainly one sees very few of them on SUPs. However sometimes it can be great when the surf is small to take out your rear fin and have some fun trying out 360’s in the mush.

One: A classic setup ideal for long drawn out power turns or noseriding. Large single fins create a definite pivot point for your turn and tend to be preferred by exponents of drawing stylish lines and flowing surfing. Nothing wrong with that!

Zero: Recent proponents suggest that surfing was set back by the addition of fins and the purest form of surfing is still fin-free. With SUP however one has to consider that in effect a paddle can be used as a fin to steer the board as well. Save this one for those small mushy days and have a good laugh. Good luck with your tracking when paddling out!

So, if you haven’t done it yet, have a play around with your fins in the surf this winter. Try out different fin set ups and fin sizes in different conditions. And get an understanding of how your fins change the feel and performance of your SUP. It’s one of those things that you just don’t know until you try. (and it will give you another excuse to go out for another cheeky session!)