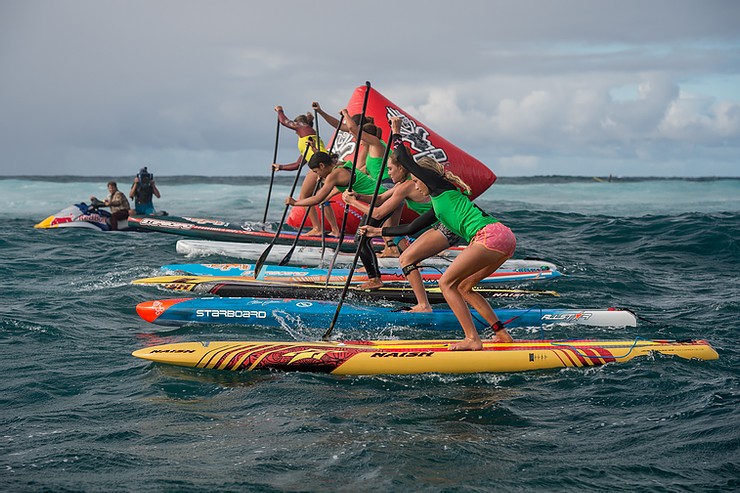 The APP World Tour has released the official schedule of locations for the 2021 SUP racing and SUP surfing world tour events.

After a frustrating ‘leap year’ for global sport, the APP is proud to announce its return to action for 2021 with a full line up of events spanning the globe and set to provide the World’s Best Athletes with a phenomenal and well rounded challenge in their quest for the World Title.

2021 sees the most high profile line up of City Events yet for the APP World Tour as its City Paddle Festival approach goes from strength to strength and will provide a welcome return to the outdoors for World Class action and all inclusive fun.

Meanwhile for Surfing, while the timing for Sunset Beach (February) is too challenging for us to move forward with its inclusion in the 2021 schedule, it will be a welcomed return to Tahiti, a new adventure in Portugal and a homecoming for the Grand Final and crowning of the 2021 Surfing World Champions in Gran Canaria.

There have been a few important changes to the schedule since our provisional schedule announcement last month, namely the postponement of Sunset Beach and Denmark to 2022 and the replacement of Barbados with Portugal. We are also awaiting a final decision on which of two venues will host the presitigious World Tour Opener for 2021. More detail is included below, but here is the final line up for 2021:

While all dates and venues have been locked in and all precautions have been taken and possible scenarios planned for as it relates to the global pandemic, we still remain at the mercy of national and global restrictions and other effects of the current global crisis. However, after a frustrating 2020, the APP has taken every step possible 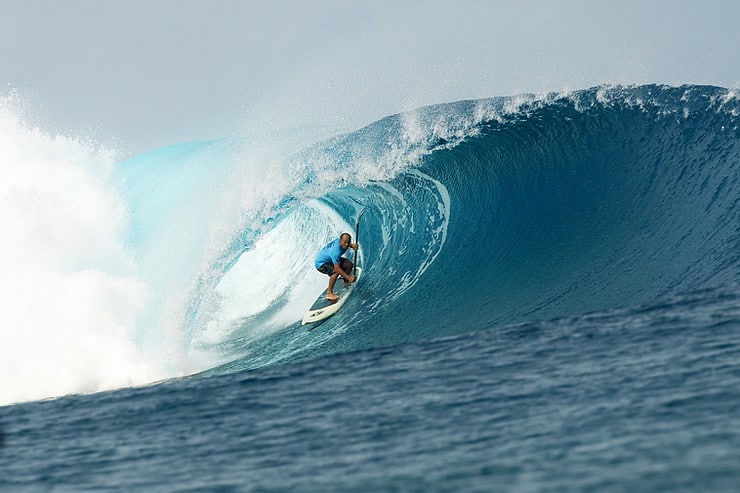 Sunset Beach:
The APP has been working tirelessly to figure out a solution for the complex challenges and uncertainty facing delivering a World Tour event in February in Sunset Beach, and is disappointing to have to announce that it will not be possible in 2021.

Given the global surge in Covid-19 cases and uncertainty surrounding global travel for the next few months, coupled with the challenges of hosting an event in a public beach park in Hawaii during this pandemic, we have been forced to postpone our iconic Sunset Beach event until 2022.

However, the APP will be back on Oahu’s North Shore in February of 2022, as one of the most iconic events in the sport’s history will once again take center stage.

Tahiti will open the Tour in style in 2021

1. Tahiti: 11th – 18th September, 202
While we have been forced to skip Hawaii for Surfing in 2021, we will remain in Polynesia for the Opening event of the surf season, with the welcomed return to Tahiti in September. With a new venue in the works for 2021, we are excited to be back in this South Pacific paradise, and to include a World Class lefthander into the mix to challenge the World’s very best SUP Surfers.

The timing could not be better for a return to Tahiti, with the reigning World Champion, Poenaiki Raioha hailing from the Islands together with the need to add a World Class left to the mix of spots on the Surfing World Tour.

It is also the return to a venue steeped in heritage for the APP World Tour, where history was made in 2010 with the inaugural and groudbreaking event at Sapinus and a legacy was built over the years in a destination where Paddling and Surfing are so firmly entrenched in the culture.

2. Portugal: 7th – 14th November
Given the challenging year that 2020 has been for global tourism, we are disappointed to announce that Barbados has been withdrawn from the calendar for 2021. However it is not a goodbye, but a see you soon, as we continue to work hand in hand with Barbados Tourism to bring the APP back to Barbados as soon as is possible.

We are however proud to reinstate Portugal into the 2021 calendar! This is a development that we are extremely excited about, not least because of the incredible run of swell that this wave rich coastline has been blessed with during the month of November this year, with the official dates for the 2021 edition running from the 7th – 14th November.

This also provides an ideal pairing of events with the Final in Gran Canaria, being just a short 2 hour flight from Lisbon and with the two events running back to back. This facilitiates real economies for our travelling athletes and a phenomenal close to the 2021 season.

3. Gran Canaria: 20th – 28th November
We are once again excited to return to Las Palmas de Gran Canaria for the climactic close of the 2021 season, at a venue that has delivered so much over the past few years of action on the APP World Tour.

From the Island’s laid back vibe, to the incredible surf that we have witnessed over the event’s history, with climactic closes to both the 2018 and 2019 seasons in Las Palmas de Gran Canaria. 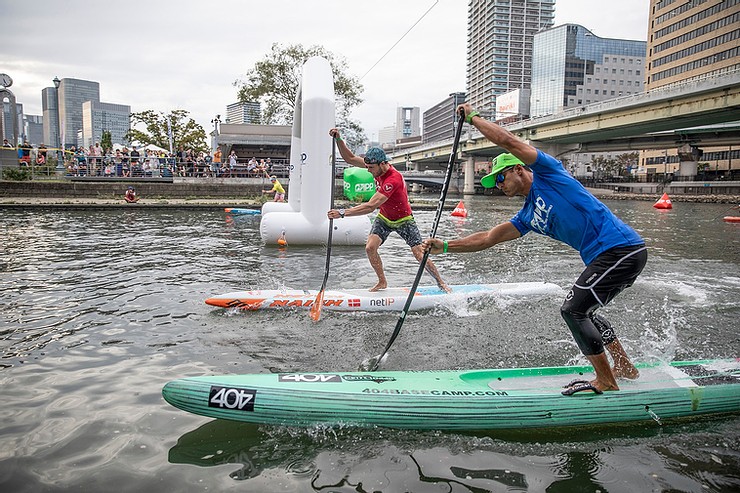 2021 will bring the City Paddle Festival Concept to life across our global program, providing participation opportunities for all and a showcase of World Championship Tour action at the heart of some of the World’s most recognizable Cities.

The 2021 APP World Tour will also provide a regional focus to the global program, with logical legs for the Tour and a manageable schedule for our global Athletes.

We have an interesting scenario for the World Tour Opener, where we have two venues vying to host this prestigious event that will kick off the 2021 season. Given the current global environment, this process has taken longer to conclude than we would have hoped, but we expect to be able to announce the location and final dates within the next few weeks.

However, we can confirm that the window for this Opening event will be late May / early June, to allow sufficient time for the World to stabilize and global travel issues to ease.

We are extremely excited to announce the launch of our new European Triple Crown: a series of 3 high profile World Championship Tour stops and City Paddle Festivals held in some of Europe’s most recognizable Cities. This trilogy of events will provide some of the most magical backdrops imaginable coupled with some of the most dramatic race courses the Tour has ever seen, utilizing the natural environment to deliver both technical elements for the racers and a dramatic sporting showcase for spectators.

It should be noted that Denmark has been withdrawn from the 2021 schedule due to sensitivity at a City level of too many events taking place in the metropolitan area too early during the exit from the global pandemic. However, we are happy to report that the multi-year commitment from the venue for the hosting of an official stop on the APP World Tour is set to kick off in 2022.

With a prestigious Triple Crown Title on the line for the World’s Best at the culmination of the 3 events and the Tour in Paris, the competition will be that much more intense, set to the backdrop of some of the world’s most iconic landmarks. It will be a show not to be missed, and there will be an opportunity to participate across all 3 stops, regardless of age, gender or ability: in short, there will be something for everyone.

It will then be a return to Osaka, Japan for the 5th stop of the Tour, as the APP will build on the foundations laid with the inaugural event in 2019 to deliver another World Class and immersive experience at the heart of this unforgettable City.

With some exciting new changes for 2021, Osaka promises to be one of the real highlights of the APP World Championship Tour and certainly one not to be missed.

The Tour will then return to the US for this two venue Cup that will provide some of the most specatcular conditions of the year for the World’s Best.

Reigniting the global pilgrimage to Southern California at the end of September / early October, the APP World Tour has found a new home in San Diego California. The venue is so perfectly suited to the City Paddle Festival concept of getting people out on the water and active, but also to deliver an impressive mix of open ocean, surf and flat water conditions to challenge the World’s very best Athletes.

The Tour will then move onto the Island of Maui for a mix of World Class Downwind Racing and the ultimate Surf Sprint Racing at Ho’okipa Beach. With a 4 day holding period and 2 days of action to be held on the best 2 days for each respective discipline during the holding period, the Maui event will deliver some of the most spectacular racing action of the year held on the sport’s most infamous natural racing arenas.

It will then be the welcomed return to Paris, France to combine the annual pilgrimage down the River Seine with a supercharged indoor event inside the Salon Nautique to provide a dramatic final weekend of action that will close the 2021 APP World Tour in style and crown the Sport’s Racing World Champions for both Men and Women. And remember, this will also be the closing event of the European Triple Crown, with this new and prestigious Title on the line for the World’s Best.

For thousands of paddlers around the world, 2020 prevented them from their annual pilgrimage to Paris on a cold December morning. However, all the fun and spectacular action will be back in 2021, as the Paris SUP Open will once again come alive and welcome the world in for a show to remember.

Please also remember that the APP will be adopting a Container solution for the year to transport Athlete’s boards from Europe in May, all the way around the World to each of the events and back to Europe for the Final in Paris. More to follow on this solution by early 2021 to allow plenty of time to plan.