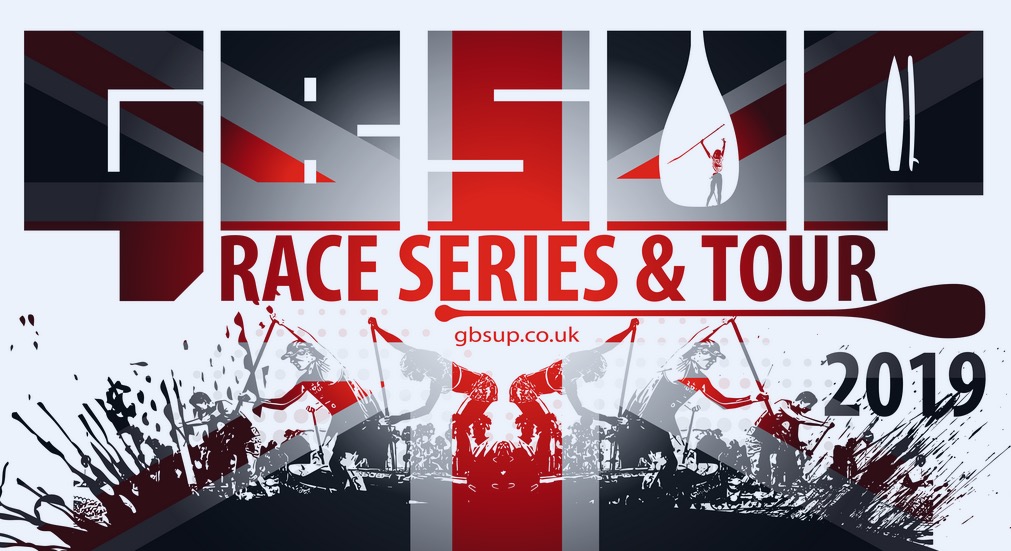 The GBSUP team are back with another packed race programme for 2019. Find out what’s on and how you can get involved this year…

The wraps are off and the countdown is on to this year’s GBSUP race series, with the National Sprint Championships getting a packed eight-venue schedule under way in Nottingham next month (MAR).

That fixture is followed by the iconic Head of the Dart and Blue Chip Battle of the Thames distance events in April and the Cardiff International White Water Festival in May.

Then it’s back to Nottingham in early June for another action-packed weekend at British Canoeing’s Paddle in the Park — including the popular One Design sprints — before the series heads for the Dorset coast and the BaySUP Battle of the Bay.

The Ocean Sports Celtic Cup in Cornwall is next up in July, with Waterborn’s SUP the Creek in Devon wrapping up the series a few months later at the end of October.

The Head of the Dart is sold out but there are still spaces at BOTT and Cardiff, and the other fixtures will start taking entries soon. Check the GBSUP website, Facebook and Instagram accounts for updates.

“We’re building on what we achieved after launching the series last year and this time round we’ve added new destinations and widened the choice of race type and distance. Our goal is to have something for every paddler, whatever their racing ability, and we believe we’re well on the way to achieving that with the 2019 programme. ”

The distance series takes in Head of the Dart Totnes-Dartmouth on 14 April, BOTT in London on 27 April, Cardiff International White Water Centre on 5 May, Paddle in the Park at Holme Pierrepont, Nottingham on 1-2 June, and Battle of the Bay at Sandbanks on 22 June. Distances vary from 10km up to 16km, with series placings calculated on the three best results from taking part in a minimum of three races.

For the ocean technical races, it’s the best two results from the coastal fixtures — Battle of the Bay, the Celtic Cup, and SUP the Creek — while the 200m and 500m National Sprint Championships are a standalone event at Holme Pierrepont in Nottingham on 30 March.  Mark said:  ‘This is the first officially-sanctioned British SUP sprint championship and any board up to and including 14’ may be used.’

Paddle in the Park will host the Sprints championship where everyone uses identical boards. ‘The fastest male and female paddlers will be crowned after racing a combination of 200m and 500m over the weekend on the N1SCO One Design boards.

The Battle of the Thames. Photo by : Dave White Photography

“It will be a true level playing field where paddling speed only will determine the winners.”

Board categories across the rest of the series remain unchanged from last year — hardboard and inflatable 14’0” and 12’6”, and One Design. Paddlers with other board types can participate in some events but won’t be eligible for GBSUP race or series podium places.

The age categories are also the same as 2018, with prizes for the first three men and women (stand-up and prone) overall in any race, and the first three in four age divisions — Seniors (18-39), Masters (40-49), Veterans (50-59), and Grand Kahuna (60+). If there are fewer than three paddlers in any age category, podium places will still be awarded to those who took part.

Mark said: ‘We want to celebrate everyone’s success and recognise their achievements regardless of how many are in their age group — we would rather be singled out for giving too much recognition than too little!’

He added: ‘It’s going to be a busy spring and summer for the GBSUP team and we’re really looking forward to welcoming back old friends and making many new ones.

‘We’re also thrilled to have been able to add SUP the Creek to our schedule — not only is it a great event, it will give everyone a final stab at competing before winter closes in and will serve as a fantastic finale to our second season.’

Also returning for 2019 is the ever popular Tour in which participants who choose not to race can challenge themselves over the same distances and courses as the racers.  The Tour is not timed — although there is a cut-off for safety reasons — and offers the chance to join in with all of the fun and feel part of the SUP community.

For younger paddlers aged between 12 and 18, there will be a pilot development series of junior races, with the opportunity to get on the water at Cardiff, Paddle in the Park, and BaySUP. The GBSUP team will be hosting the series — supported by Turtle Bay Paddleboards and Red Paddle Co — and all those taking part will be rewarded for getting involved.

To help raise the profile of the GBSUP series, Sarah Thornely from Supjunkie has put together a media team. Sarah said “During last year’s series, the live feeds, reporting, videos, and interviewing really helped promote the sport and the people in it, and we’re delighted we’ll be able  to build on that with a bigger team. We realised very quickly how popular our broadcasts were with people back at home and as far as the interviews are concerned, we feel they enable others to see just how down to earth these athletes are. Some of them have wonderful stories and insights into stand-up paddleboarding and it’s brilliant being able to share them.” She added, “I am grateful to all those who have stepped up to be part of our media team — it’s going to be an exciting season!”

Two other appointments are Nick Ayres and Ben Julian, who will look after the Junior Racing and Prone divisions respectively. 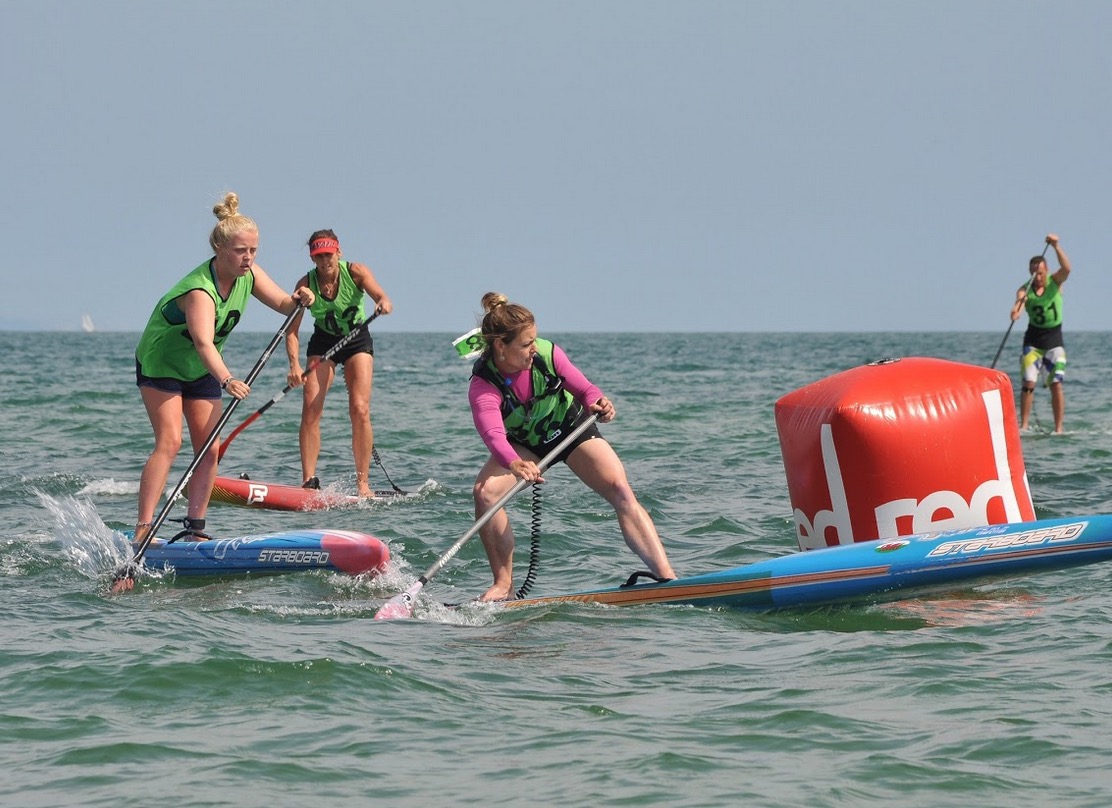 Emily Evans, Ellie Veale, and Fran Blake battle it out at BaySUP’s Battle of the Bay in July 2018. Photo by : SUPjunkie for GBSUP