Red Paddle Co take racing to the next level with the Red Dragon and the Global Team Racing Concept.

Mixing the intensity of racing with the camaraderie of team spirit, the four-person Red Dragon is the world’s first Dedicated Global Team Racing Concept. 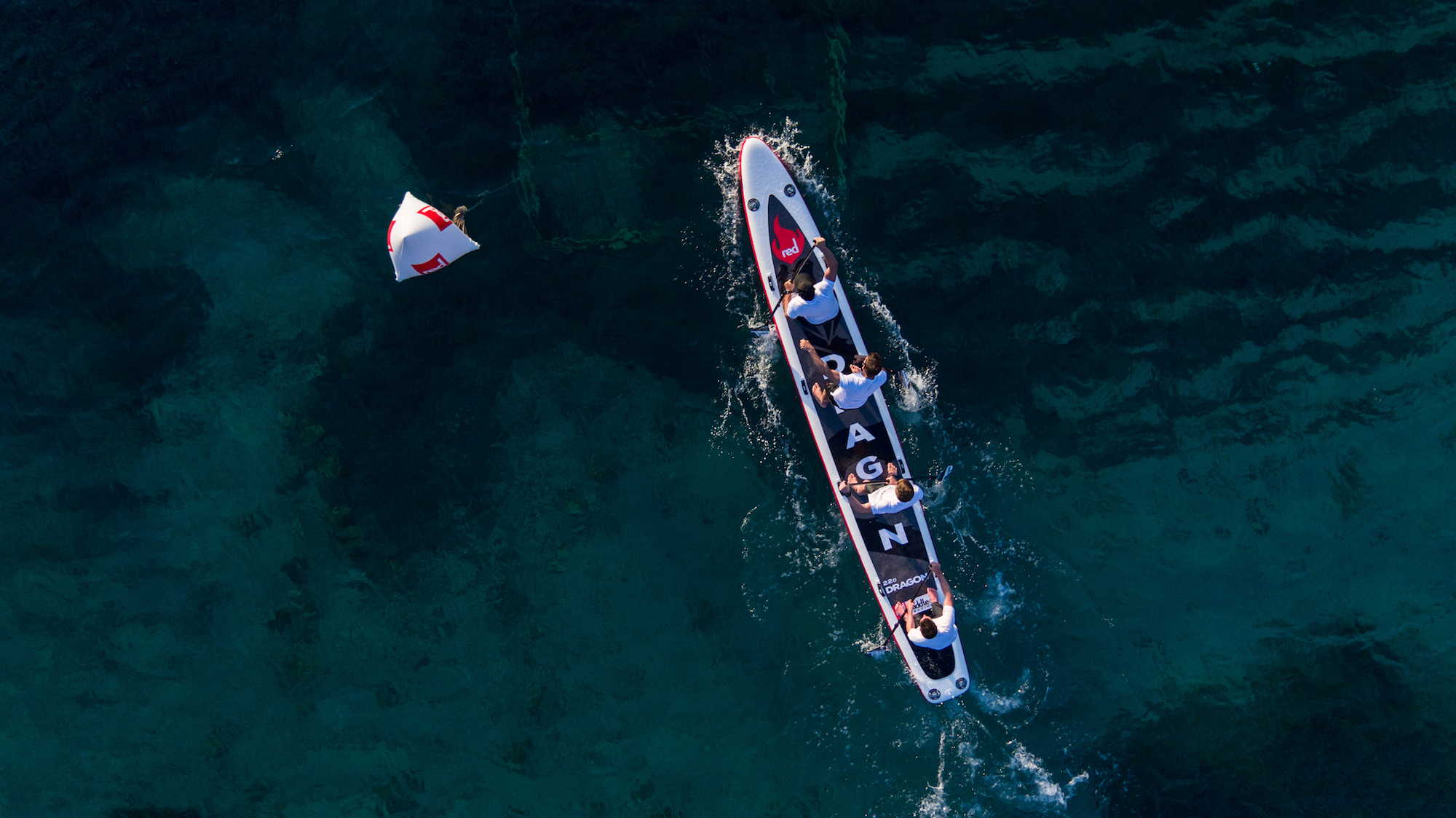 At 22 feet long, 34” wide and 8” thick, the Red Dragon is a world apart from any other board on the market. Built using industry leading MSL© technology, The Red Dragon is exceptionally light, rigid and is as easy to transport as a checked bag on a plane.

Through constant innovation the Red Dragon is a showcase for the possibilities of inflatable technology. The board is fitted with eight lateral handles for easy handling and explosive race starts, whilst the giant dragon graphic emblazoned across its extra-large, high grip deck-pad warns off any rival teams who don’t want to get smoked!

The Red Dragon opens SUP to the world of team racing where it is equally exciting to paddle or to spectate. The Red Dragon brings intense, fast racing close to shore.

John Hibbard, Co-founder of Red Paddle Co explains: “The sheer power of four people makes it possible for almost anyone to reach incredible speeds and smoke their opposition! We designed the Red Dragon to bring the thrill and excitement of SUP racing to the spectators and I cannot wait to see what some teams are capable of, as this is one fast board!” 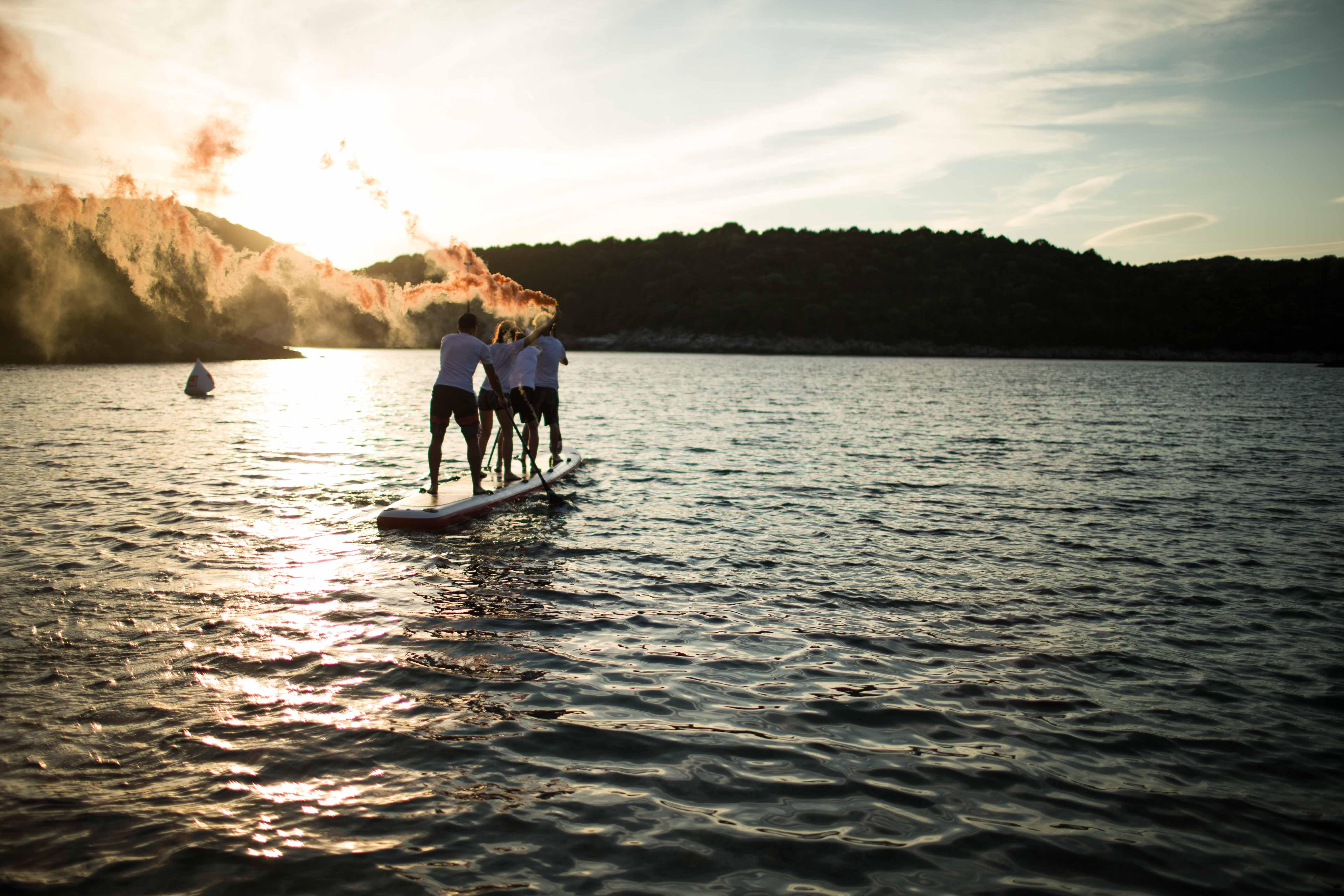 The profiled nose, slim body and high sides, teamed with the power of eight arms driving the paddles through the water guarantees the 22’0” Dragon will be the fastest board on the water.

As part of the launch, Red Paddle Co has released locations for its inaugural ‘Dragon World Series’ which will see the first dedicated team world championships take place later next year.

John continues: “We’re incredibly excited about the Red Dragon World Series – a dedicated, global team race series. Events will take place across the globe over the next 12 months and we’ll soon be announcing the location of the World Championships – so watch this space for more information. It’s definitely an event you won’t want to miss!”

Visit www.redpaddleco.com/blog/dragon-world-series to register your interest and stay up-to-date with news and events.

It’s time to unleash the Dragon! 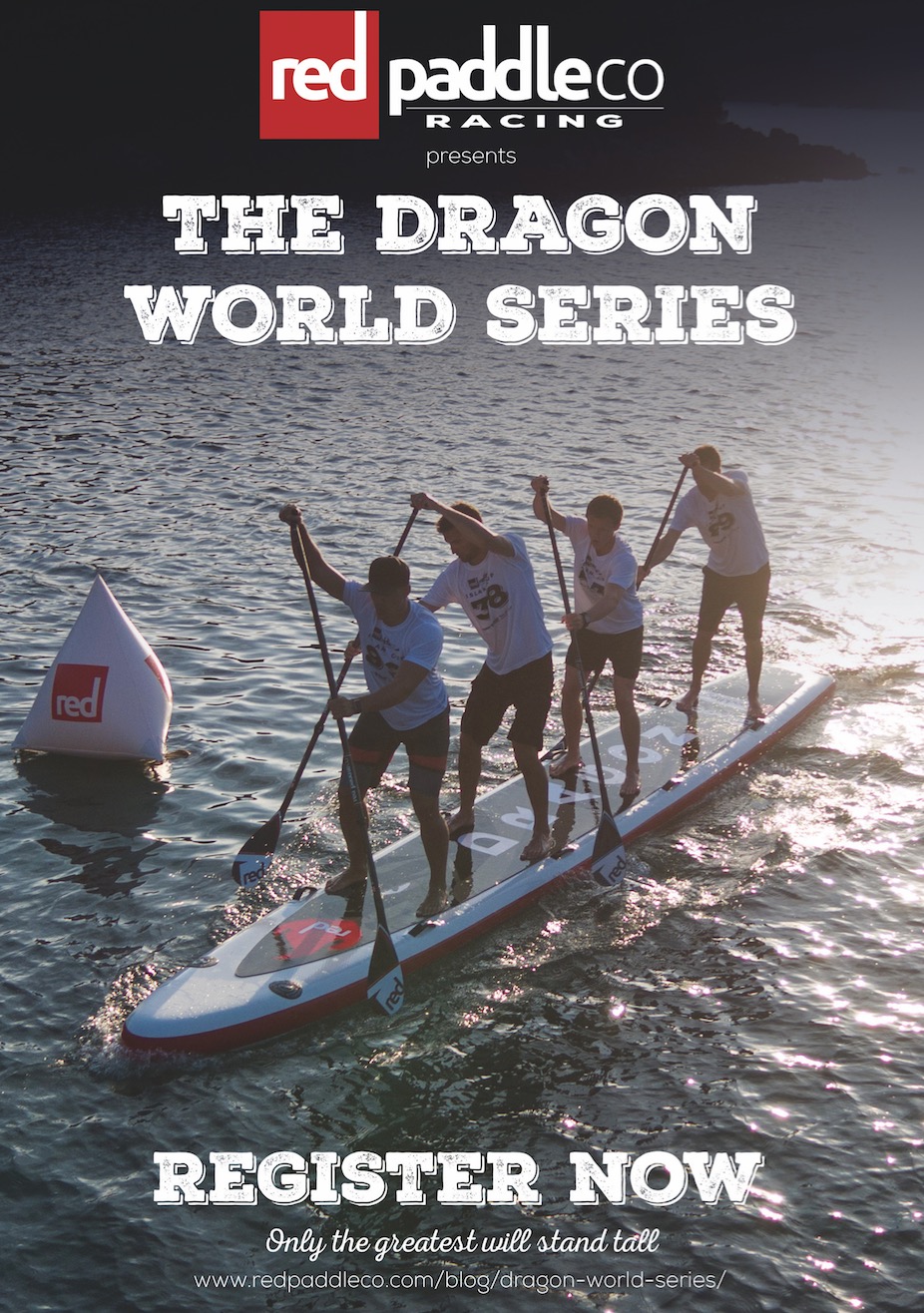