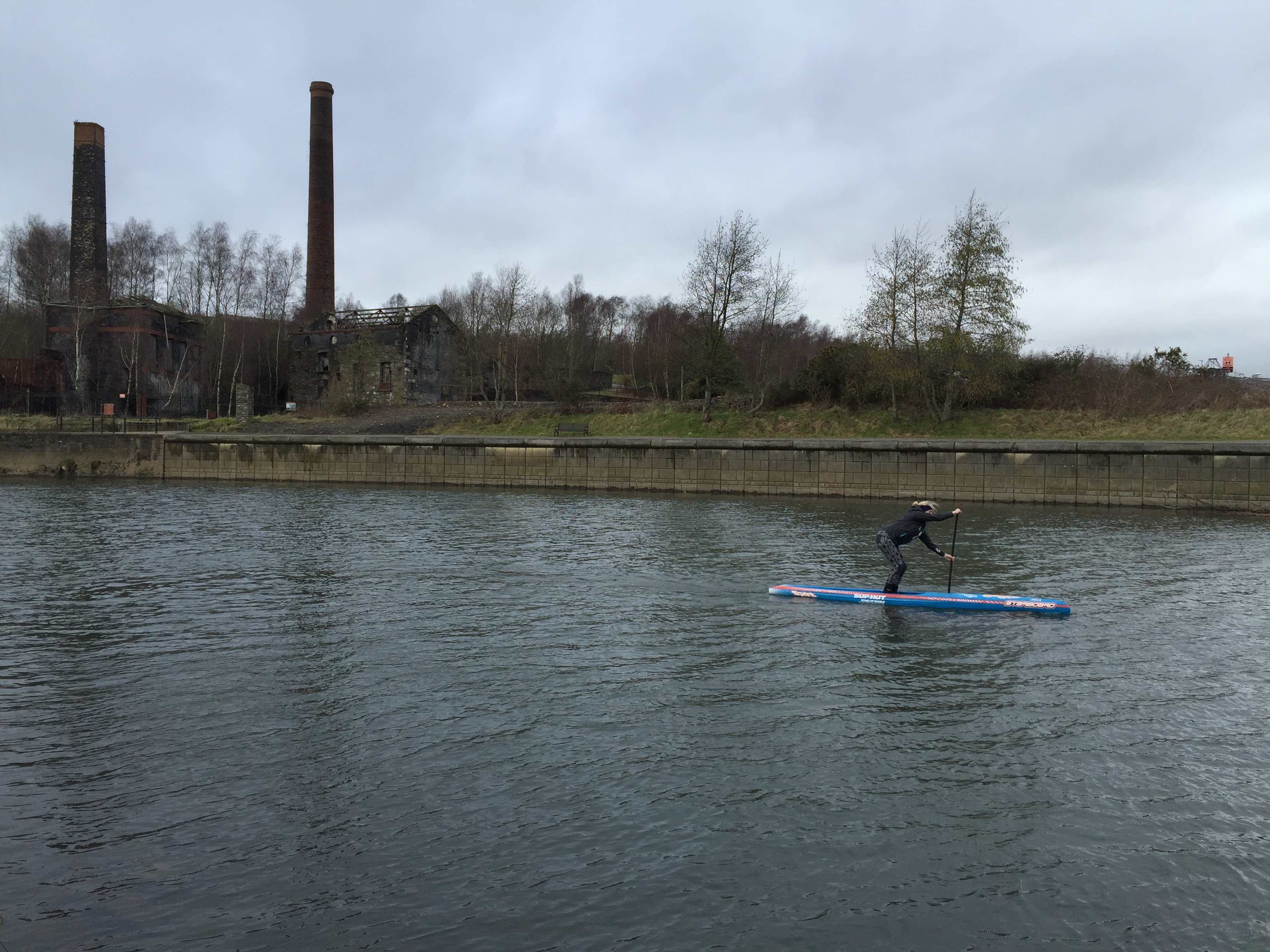 Chasing Tails – Where One Becomes a Team 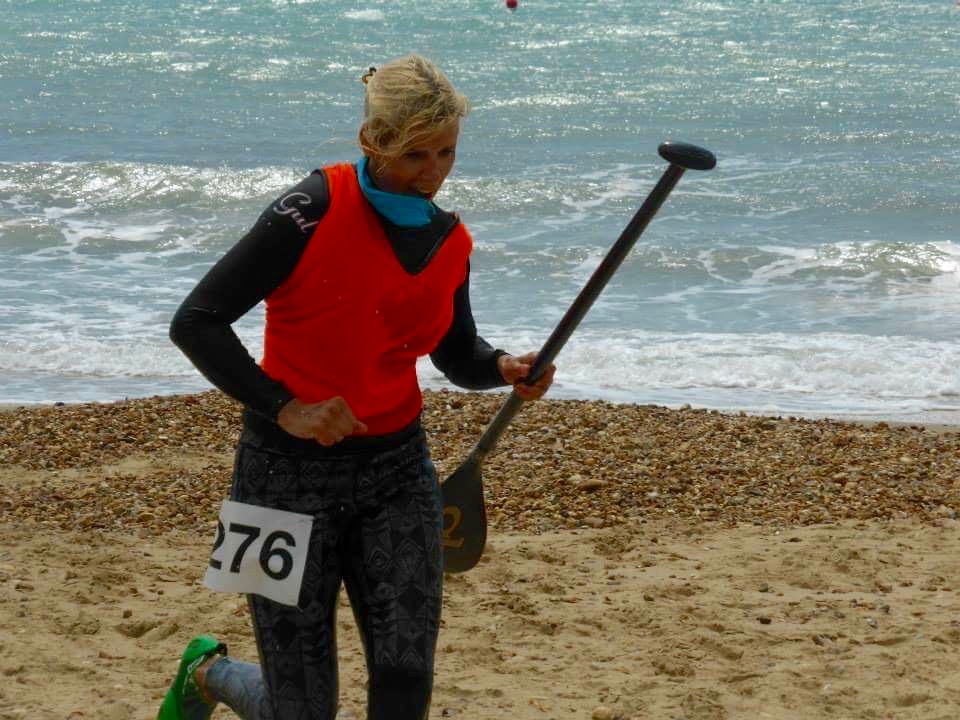 Excitement, relief, shock, frustration. Pregnancy can bring along with it a number of different emotions, many of which can be difficult for any woman to deal with. But finding out you’re pregnant, at a time when you’re least expecting it, and you’re at the peak level of your fitness and performance can make it even harder. That’s exactly what happened to Starboard Team Rider Emily King last year. In this, the first in a series of articles Emily shares her experiences of managing pregnancy and yet still fulfilling her dream of being a competitive SUP racer. Here’s Emily’s story…

“You’re late.” (And we’re not talking being late through the door either!)

“NO… don’t be silly, I’m 40 and have no intention of being pregnant, I’ve got too many goals and races to win to even believe it could happen.”

4.30 in the morning, pregnancy test in hand I wonder back to bed. Ummm, I’m too tired, so roll back into bed and sleep, my brain not wanting to deal with this when sleep seems the more appealing option.

Don’t get me wrong, I was both shocked and delighted to find out the happy news. It was just totally unexpected and not what I’d thought I’d be dealing with at this point in my life.

Early spring was about us and the UK SUP racing season was about to open with the Battle of the Thames. It was a long distance race and an extremely gruelling hard paddle, and I’d been training hard all winter pushing my limits hard to raise my game. I was in great shape… better than I’d ever been in my life. I had the body I’d always longed for and the engine to boot. I was more focused than I had ever been.

Now there’s one thing to be said about anyone who paddles competitively. There’s always an ego which drives the thirst, and in my case that ego wasn’t stepping down off my shoulder. My husband Alan and I talked and came up with the plan that I would continue competing as long as was possible. My call to the water daily helped keep me sane as my body rapidly made the changes to accommodate the little life which was growing at a rate of knots inside of me. 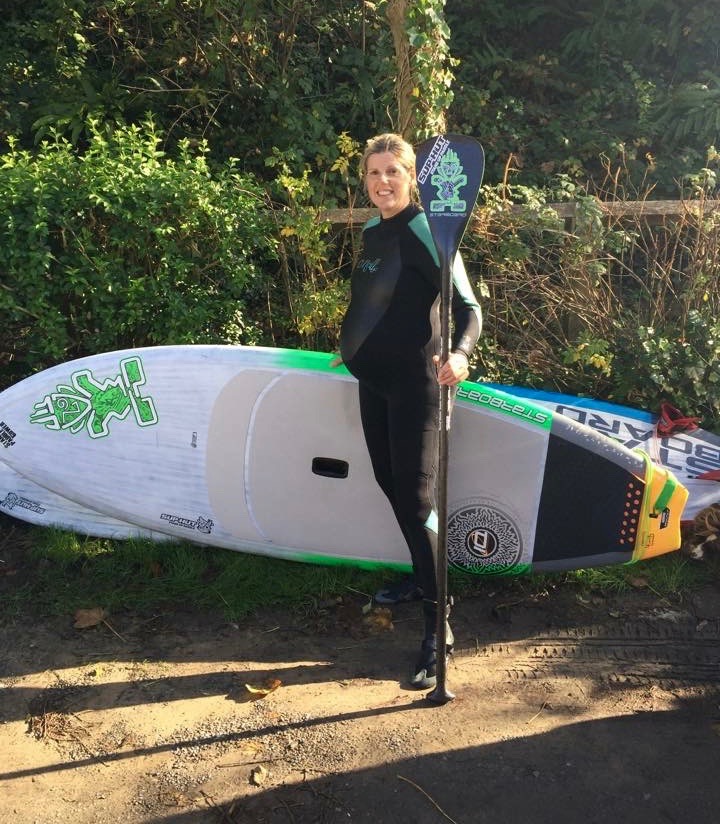 Training slowed as wetsuits started getting tighter on me, but luckily friends were able to supply me with their cast offs to keep me paddling. I remember I felt so happy paddling and surfing with the little fella inside of me. I’d constantly chat to him asking if he was ok and was this to much?

As he grew bigger I could feel him tuck up under my ribs when I was catching waves, allowing me to bend and pop up on to boards with not to much trouble.

I loved the moments we shared together on a board and felt quite sad knowing it would be many years before he would be on my board next to me paddling into waves and competing.

I had some mixed reactions from people about paddling when pregnant, but on the whole it was mainly positive. The paddle community really got behind me and supported me, keeping a keen but kind eye out. I loved coming in off the water and having people come over to talk to me and express their joy of seeing me out. The fact that I was inspiring and motivating others added to the joy and happiness that pregnancy was giving me.

Winter closed in as my size became extreme and I willingly hung up my paddle for the last eight weeks before his birth. My son Albert was born on the 10th January 2016 and after a long and complicated labour, including several blood transfusions and a hospital stay for the following week. I was bed ridden, weak and stuck in hospital.

It may seem silly to some but the only thing which kept me sane at that time was that I knew I had to get myself and baby Albert down to the sea. I couldn’t wait to be discharged and thankfully it wasn’t too long before I was. 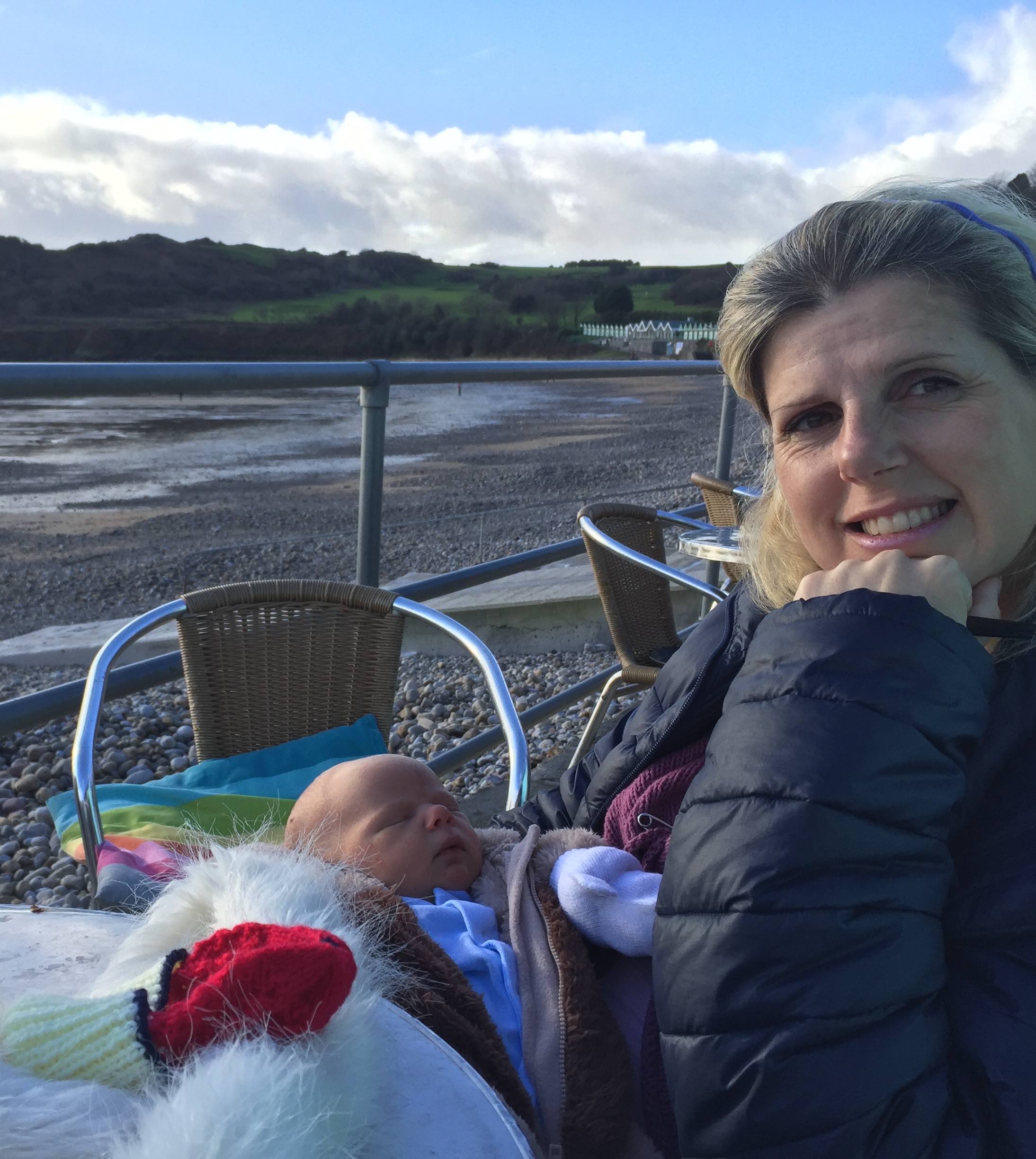 The very following day I talked Alan into taking us to Caswell beach,

With the grace of a seal on land we made our way slowly down the beach. It was one of those truly beautiful winter days, the sun shone across the water with bright blue skies meeting the expanse of sea.

It looked so beautiful and in a way which feeds the soul. I took some deep breaths and looked at my family, peace, love and happiness flooded my soul. I’m not religious, but for me this was where my church was. A new life and new chapter was unfolding now more than ever before. I wanted to inspire and be a role model for my son.

Six weeks on and the call to water became too much to resist. It was a blown out, blustery, wet and windy afternoon. I waddled down the slip at Verdis in Mumbles Bay at high tide, precariously trying not to slip or drop my faithful 12’6 Starboard Allstar race board. Grinning from ear to ear I laughed my way onto the water wobbling about as I found my feet in the chop. My paddle struck the water and I was off! Endorphins flooded my system and the smile stayed on my face as I paddled 20 minutes in rubbish conditions that normally I would not bother leaving the house for. Many thoughts went through my head as I flapped and splashed an unrecognisable paddle stroke, my body didn’t have any muscle, mobility or memory of paddling, let alone a polished professional high cadence performance. It had been changed through the mammoth task of growing another human being. Would I ever be able find that feeling again? At this point it didn’t really matter, I could feel nothing but the pure pleasure of being alive and on my board. 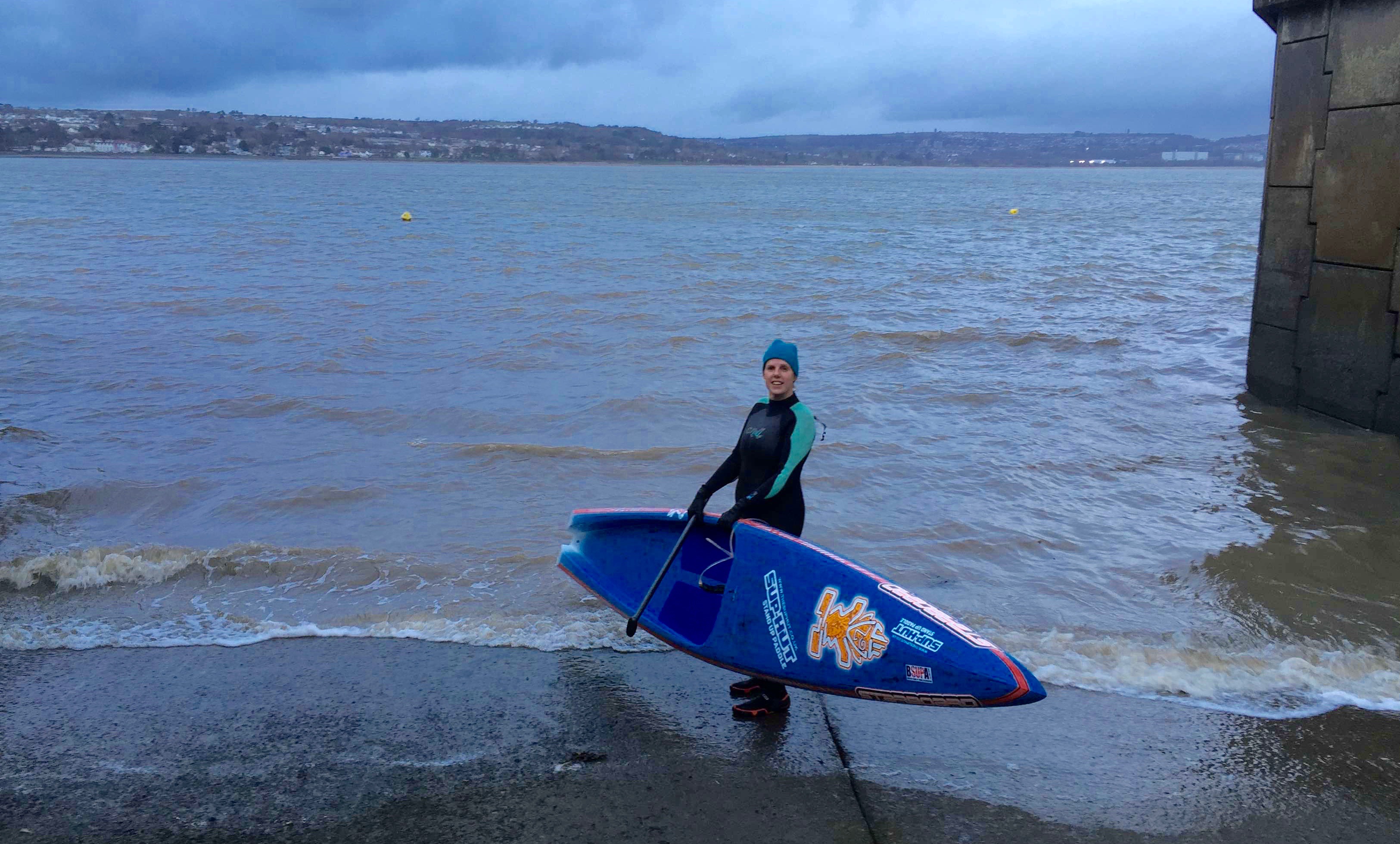 As I ended the session I began to feel confused, not knowing how to move and create the grace of a performance paddler. That feeling soon passed and was replaced by another seed of doubt.

Someone once said that to be a good sports person you need;

I really see some truth in this. It’s very hard to be good at something and to then have to take a step back, re-learn and condition from scratch. That 20% belief has to create the base from which the other 80% can then be built from. Not only do I now have to consider this, but also the measure in which I used to judge myself, such as winning or placing well at races. All things which I am now failing at, with my well deserved fellow paddlers whizzing past me and witnessing my losses (like I said, every paddler has an ego). 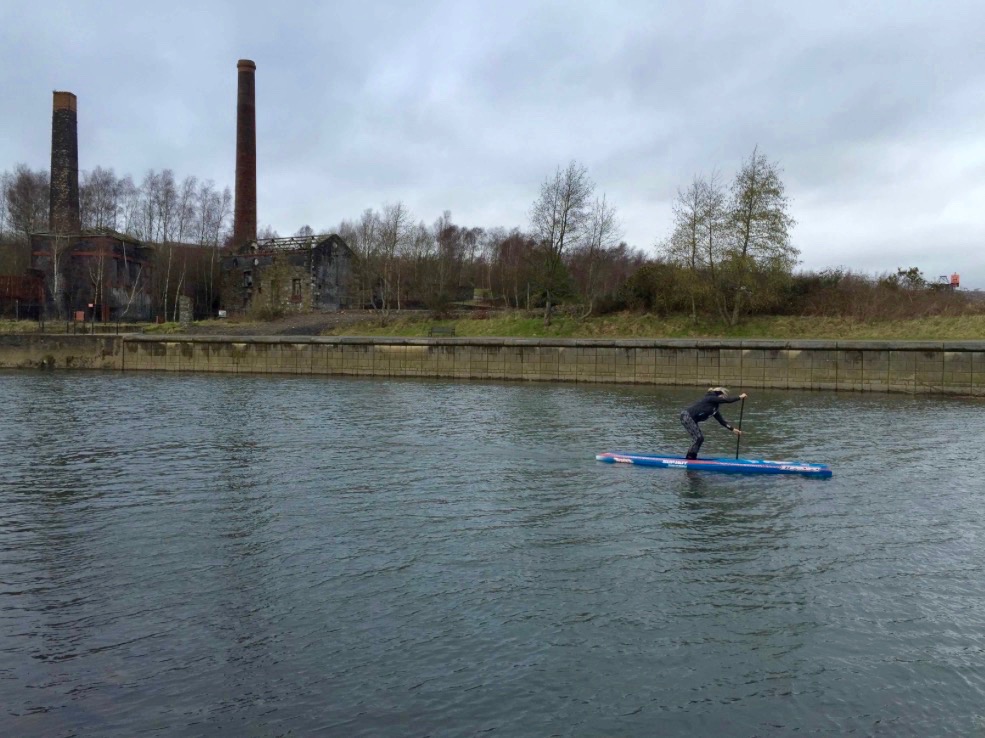 Time to do lots of soul searching and evaluation, but that’s a whole other subject and journey. I’ll save that for the next instalment.

Keep an eye out for Emily’s next article on SUPboarder soon. Until then you can follow Emily on her website Emily King SUP. Emily’s sponsors include Tushingham, The SupHut and Starboard.

SUPboarder wishes Emily all the best for the 2016 race season and looks forward to seeing Albert onboard with her soon!

So proud of you Emily!!! A fantastic article and a real testiment to your drive and ambition!

Being a total sup geek and having 2 kids under 2 it was not long before i was back in the water…… the high of catching a wave imo is transferred to the kids…. good to read about other sup mums / females….