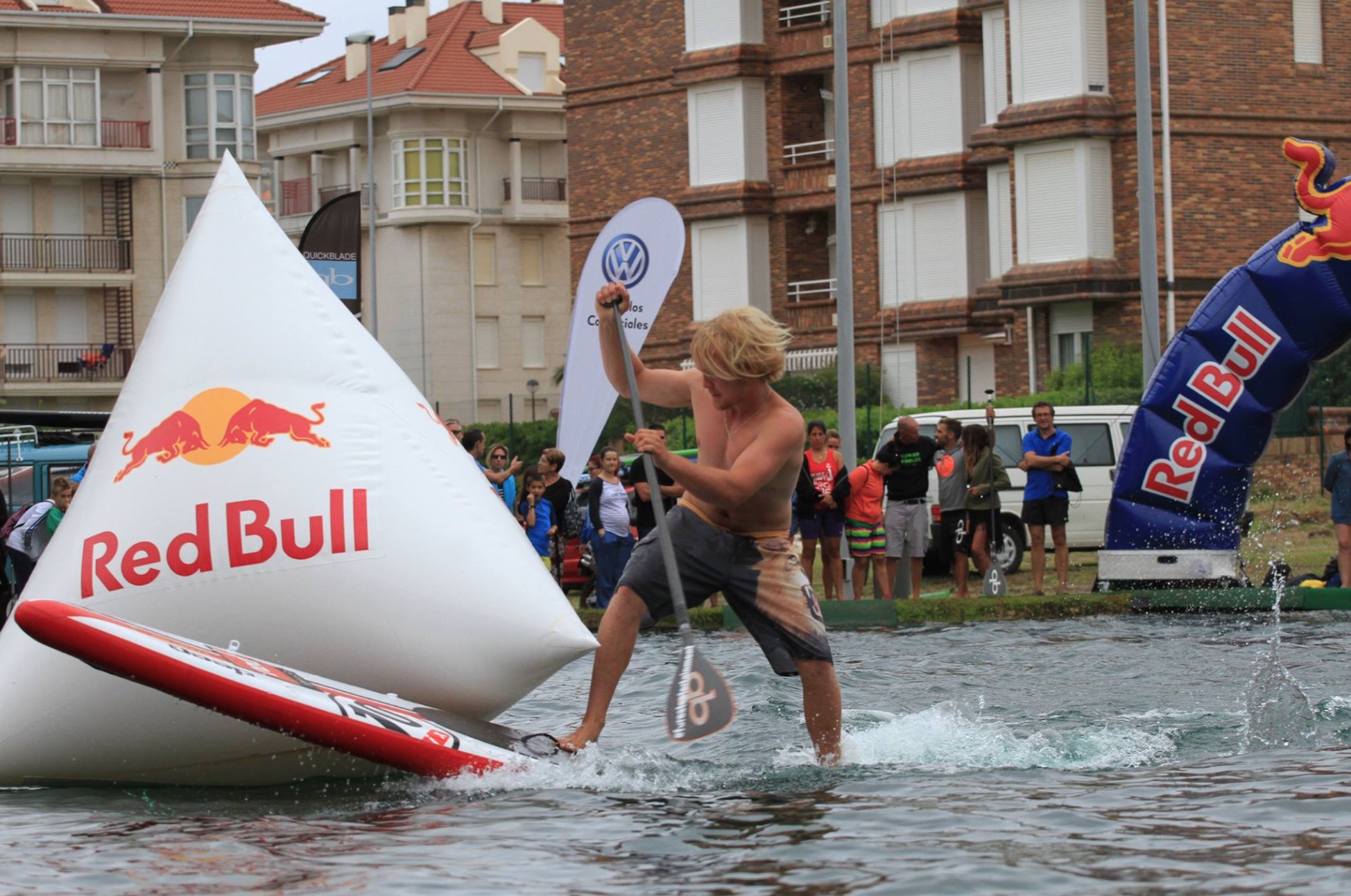 Over the last few weeks SUP racing has been going nuts throughout Europe. For many riders, including our SUPboarder team members, it’s hard to know where to put the miles in, and which events are worth the time, money and effort to get to. Last week it was all about Spain, and Aaron Rowe was out there along with other UK riders, racing against the worlds best. Aaron didn’t have a great race in Bilbao but that didn’t stop him (and his dad!) from heading further along the coast to the next race which was part of the Euro Tour in Noja. Aaron showed a very impressive performance throughout the weekend. But unfortunately racing isn’t just about being fast. It’s about knowing the course, trusting your own judgment and not being influenced by others… however big a name they are!  Aaron unfortunately learnt that lesson the hard way in the final race in Noja, but still finished an impressive 5th overall. 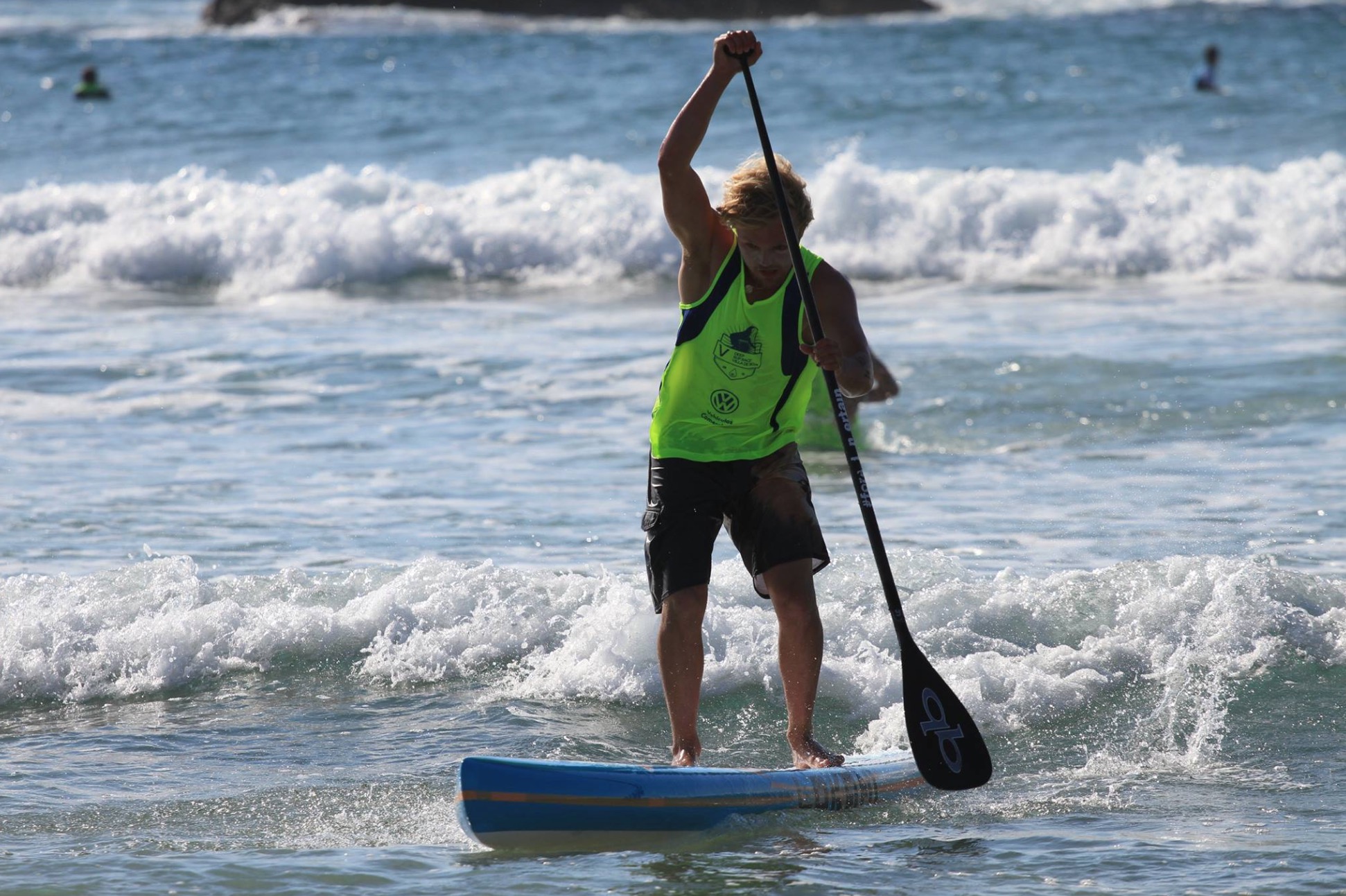 After a not such a great weekend racing in Bilbao (but a great after race party!) Aaron woke up with a hangover in Noja for the Deep Sup Euro Tour race. He hadn’t particularly wanted to go but as Oleron was cancelled and there was still a week of the holiday left he was kidnaped and taken to Noja. Noja turned out to be as beautiful as it had been described and the days before the start of the race weekend involved a few gentle paddles in the bay, a 2 hour quad bike trek with a Spanish guide called Tito (who carried a large machete strapped to his back called El Kutter!) and a bit of surfing. Steve Trott who had been at Bilbao also turned up as did Marie Buchanan and PJ (Paul Simmons).

Friday evening was the start of the weekend’s fun with knock out sprints on Red 10’6 x 24 inflatables on a pond on a golf course. The water was pleasantly warm which was lucky as a lot of the adults found standing let alone sprinting on the small boards a challenge. The men’s final came down to Aaron and Roman Frejo with Aaron losing out to Roman by inches.

Saturday morning was the start of the Euro Tour event which involved 3 races with equal points on each race. It started with the 14km distance race. Conditions were good with light winds and a bit of swell. PJ made a great start missing the larger set that took out quite a few of the racers, and headed off followed by one of the local paddlers. Aaron on the 14×21.5 Lokahi powered his way out over the breaking waves showing some amazing balance on a narrow board and set off in pursuit closely followed by Roman and then the rest of the pack. The paddlers soon disappeared from sight between the rocks and out of the bay heading towards the next bay and the turning point. As they returned into sight it was Roman leading from Aaron with no sign of PJ (he suffered from arm pump and had to back off). Roman turned the last buoy with a small lead on Aaron and headed for the beach picking up a nice ride on the way in, increasing the gap on Aaron who had a good lead over 3rd place.

Early evening was the sprint races which involved a water start from a buoy about 100m off shore with a sprint to the finish line on the beach. Aaron made it through to the final but slipped taking his leash off and dropped to 5th place.

Sunday was the final race which was a 3.5 km technical beach race. Aaron was starting the race in 2nd position overall. Again conditions were good but there was very little swell. What swell there was seemed to come in just as the race started and Aaron was uncharacteristically caught out and slipped. He was soon back up and chasing the lead pack to the first buoy and was back into the mix after the first turn. There was a short beach transition then out to the 2nd marker. Aaron was first out to the turn and took it on the right. As he rounded it Roman and Pepe came round it on the left telling Aaron he had gone the wrong way. Aaron decided they must be right and turned to round the buoy on his left, he fell got back up and went round the buoy the same way as Roman and Pepe. This caused the following pack some confusion and PJ went round the buoy both ways! Roman and Pepe had pulled away from Aaron but he went hard to catch them and had done by the last turn. He followed them round the last turn concentrating solely on catching them and paddled his heart out to make up for the earlier fall. By the time they hit the beach he had passed Pepe and was level with Roman, both paddlers hit the beach running for the line which was around 100 metres up the beach. Aaron ran his hardest and halfway there left Roman who cheered him on. Both of them crossed the line breathless only to be told that they had rounded the last buoy the wrong way and were disqualified. Roman had rounded 2 buoys the wrong way and Aaron 1. 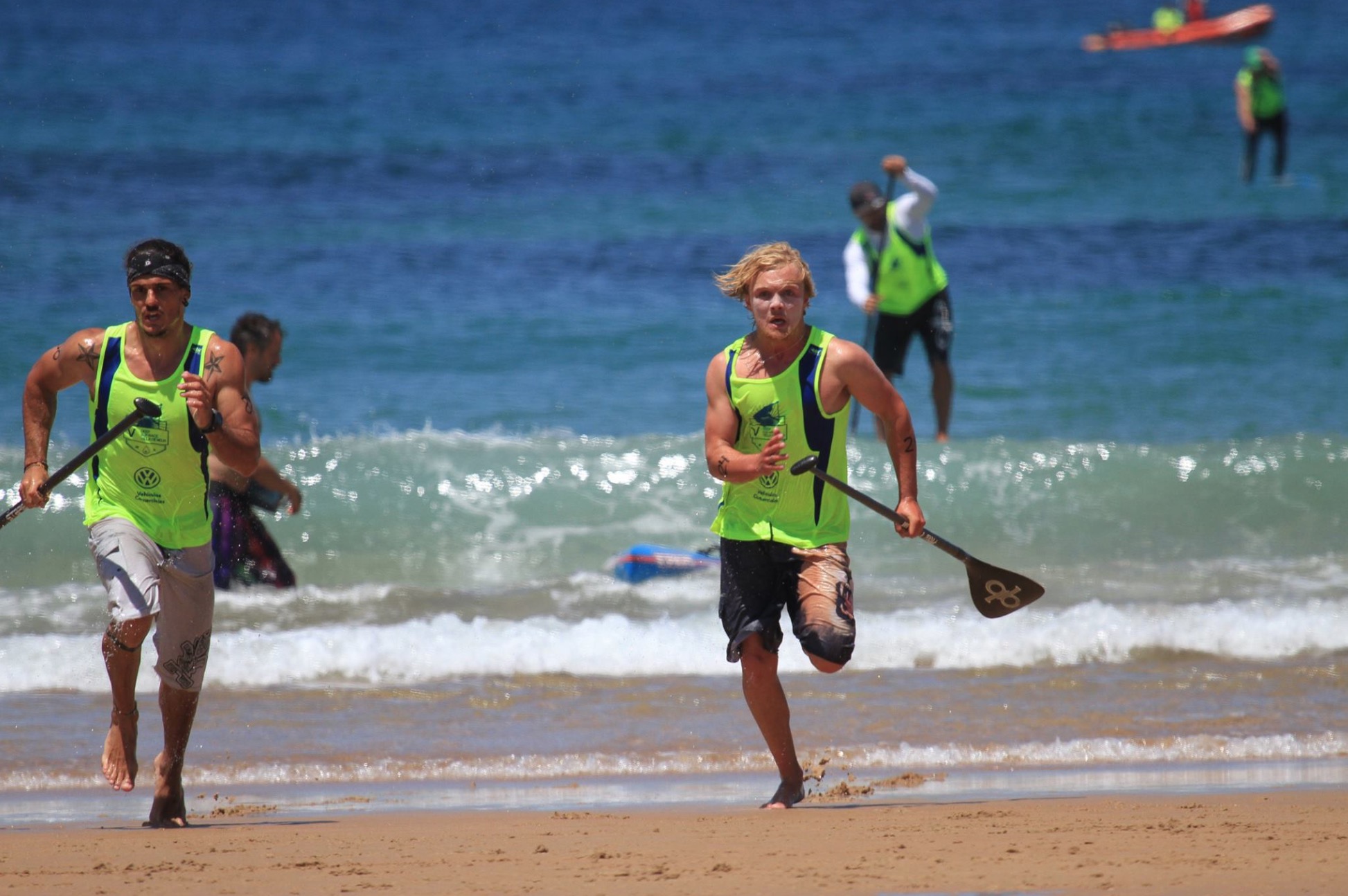 Aaron who had studied the course diagram and attended the briefing let doubt get into his head when a more experienced paddler (who hadn’t attended the briefing) went the other way. A hard lesson to learn but he’s not the first (Lost Mills 2014). Even with no points from this final race he still placed 5th overall. I think this is the only Euro Tour event with 3 races that count towards one result and also the only one where the sprints carry the same points as the distance.

Aaron would like to give a big thank you to Sylvain Aurenche and Lokahi Boards France for the loan of the 14’ board and to Jim Terrell at Quick blade for the V drive paddle.