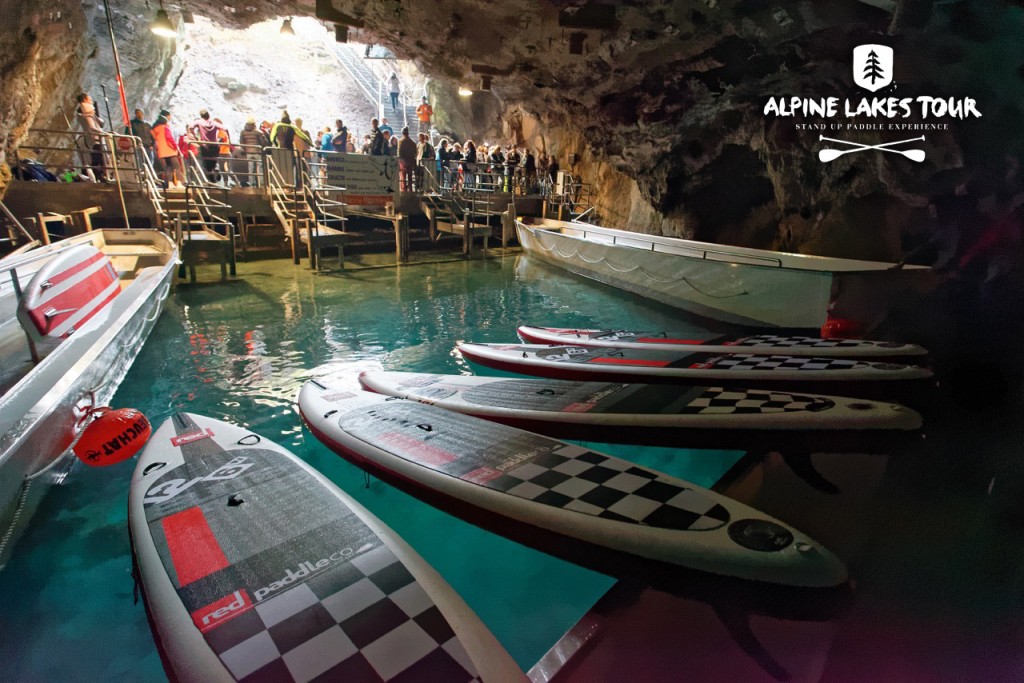 Near Valais in Switzerland, Lake St-Leonard is Europe’s largest underground lake, at 300m long and 20 m wide it is normally explored by boat trip with each guided tour lasting around 30 minutes. The Alpine Lakes Tour was granted special permission to use the lake as the course for the first race in the 2015 tour, sponsored by Red Paddle Co

The event was limited to 40 competitors and was over subscribed as soon as entries opened back in February.

The event consisted of three rounds of racing with 5 competitors in each round, a points system ensured that 6 qualifiers made it to the final.

Buoy turns were going to be an important part of this race series!

At the end of the days racing Jeremy Teulade from France was at the top of the podium with Dani Reinhart from Switzerland in second and Rok Puvar from Slovenia in third. Sadly spectator numbers were limited due to the constraints of the lake but the photos from the event show that the racing was close in a spectacular location, a theme for all the Alpine Lakes Tour events.

The Bat Race is definitely one of the most unique and picturesque SUP races ever seen to date. Not a great spectator location but an amazing paddling experience for all those taking part. One to add to the SUP racing bucket list for sure!

SUPboarder will be keeping you up to date with The Alpine Lakes Tour as it unfolds.