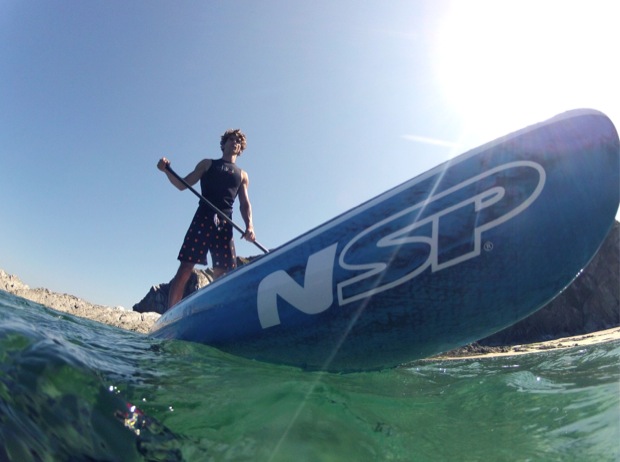 Nobody wants to be injured, unable to paddle, in pain, or have to go through a lengthy rehabilitation process. When it happens these problems can take even the toughest individuals through a spectrum of emotions, and ultimately stop you from doing what you enjoy. If you are a competitive racer, training towards a personal goal, a cruiser, or just want to surf… injuries can have a seriously negative impact.

So, physiotherapist and paddleboarder Damian Warner is back with the second in his series of articles about common SUP injuries and how to prevent them. In the next few articles Damian will be talking about ‘Back Injuries.’

Back injuries will stop you from paddling even if you are one of the best in the world… Connor Baxter recently had surgery for a back injury that he sustained whilst paddling.

Low back pain is an extremely common symptom in the general population and effects 85% of us at some stage in life. The majority of back pain is caused by repeated strains associated with bending forwards. When you think of the technique used in SUP boarding it’s easy to see that there is a risk of doing some damage.

You only get one back, continuously straining it is likely to cause structural problems that will catch up with you in later life. So even if you’ve never had back trouble you should consider trying to keep your back as healthy as possible. As the sport becomes increasingly popular, I am concerned that people who paddled for years will start developing back problems later in life. This all sounds quite worrying doesn’t it? Well don’t panic, the good news is that there are things you can do to help prevent this from happening, and keep you paddling into old age.

The spine is made up of individual vertebrae which each produce a small amount movement. In the lower back (the lumbar region) there is a natural curve, which is known as a lordosis (neutral position). This is particularly relevant when it comes to potential stresses and strains that go through this part of your back i.e. when reaching to place your paddle in the water 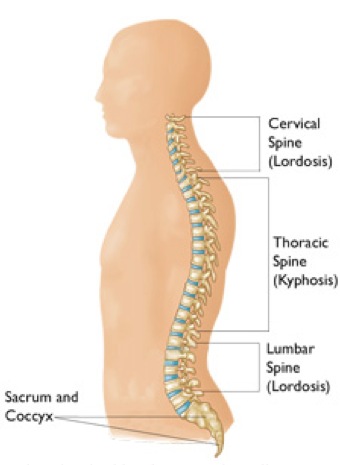 Each individual lumbar vertebra allows a small amount of flexion (forward bending). But this region isn’t really designed to do this job excessively. Problems begin to arise when bending forwards from the lumbar spine becomes excessive and puts a strain on the soft tissue structures that maintain the natural curve (lordosis).

What lower back structures are at risk from SUP boarding?

Muscles/ligaments/joints can be strained/sprained/irritated, which can be very painful. There are lots of ligaments and muscles located in the lower back region, and too many to discuss now. But if you damage one of them, they tend to give a similar pain response, which is usually local to the damaged tissue and sometimes referred into the buttocks. 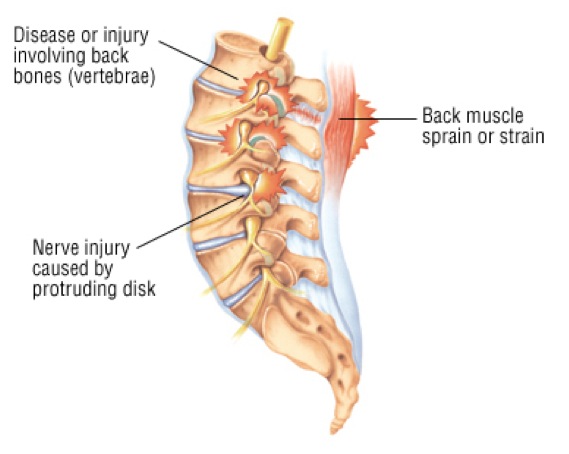 Nerve pain is very different to soft tissue in nature and is usually caused by something pressing against or irritating the nerve as it travels from the spine into the leg. Common causes include a disc injury (herniation) pressing against the nerve, an irritation from a movement dysfunction at the spinal nerve root (where the nerve leaves the vertebral column) or somewhere along its pathway into the leg. Usually sharp shooting pain is experienced into the leg and sometimes pain in the lower back itself.

Bear in mind… these are only a few of the more common potential causes of low back injuries. There are of course many other factors to consider, and if you have a problem with your back you should get it checked out.

You tell to don’t “snake “…the spine and after show a video of a really poor technique knees and with a snaky back during simple squat exercises…!(as you can see her doing in lateral position….!!!)..

Brilliant article and great advice. I’ve been waking up with lower and mid back pain regularly. So going to try these, thanks guys

The picture of the spine really only tells part of the story… you should see how the muscles are all interconnected as well. A lot of the time when someone has back pain it’s not even a spinal issue, it’s a muscular imbalance of some kind. For example, tight glutes pulling on the lower back causing pain. Not the kind of thing most people expect!